Did you know that many tall women love short men?

Just look at Hollywood, and you’ll find tons of examples of tall female celebrities dating men who are shorter than them. 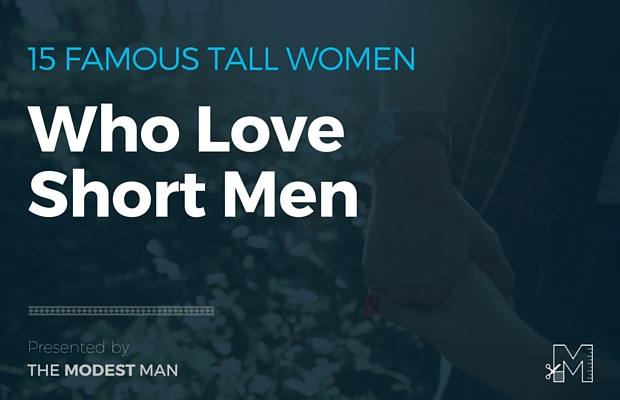 But many shorter gents feel like women only like taller men, so they don’t stand a chance (especially with a taller woman).

There’s some truth to this. Many women prefer men who are taller than them. Or at least they say they do.

When it comes down to it, most women value non-physical traits way more than anything as superficial as height.

I’ve met women who claimed they’d never date a short man – until they met the man of their dreams who just so happened to be 5’6″.

But this post isn’t about attraction. It’s simply meant to inspire by showcasing examples of taller women who fell head over heels for men of modest stature.

So, from Hollywood magnates to bombshell supermodels, here are 15 famous tall women who love short men. 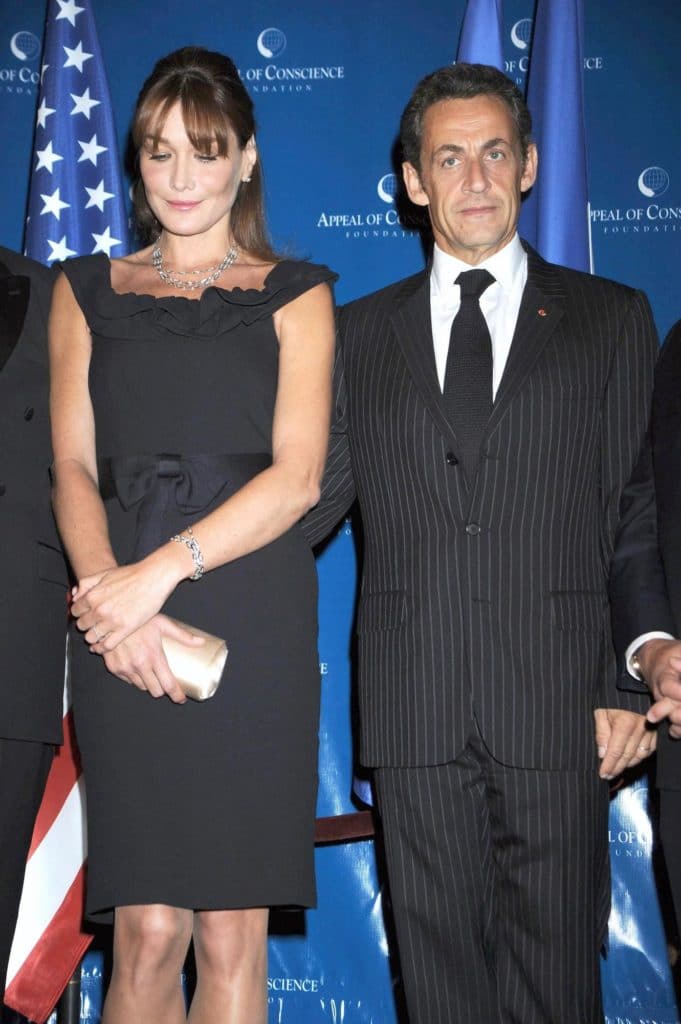 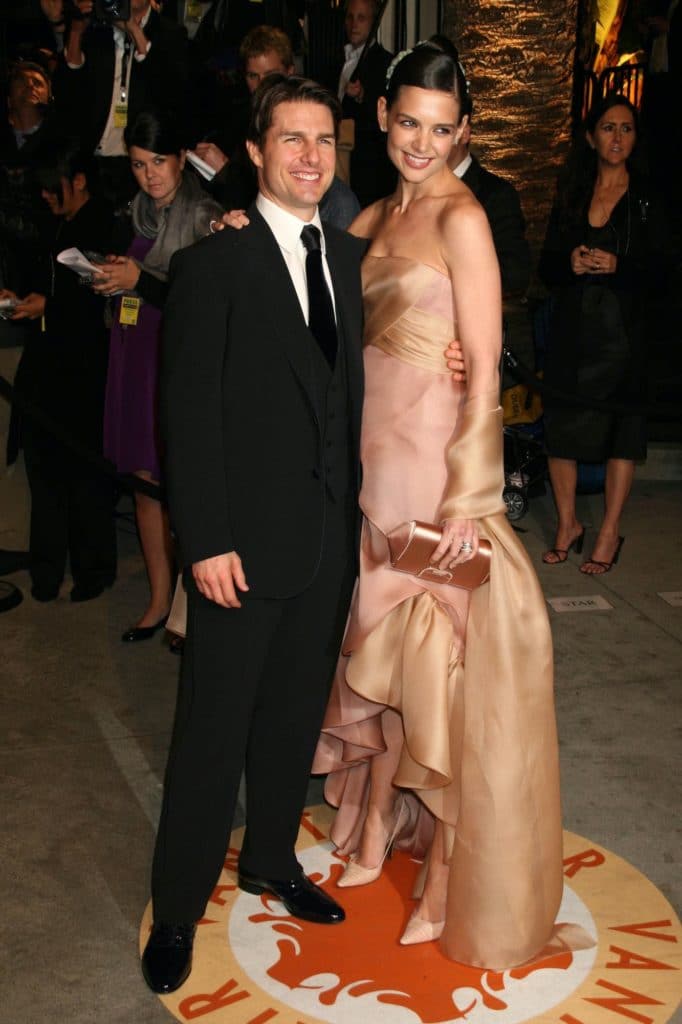 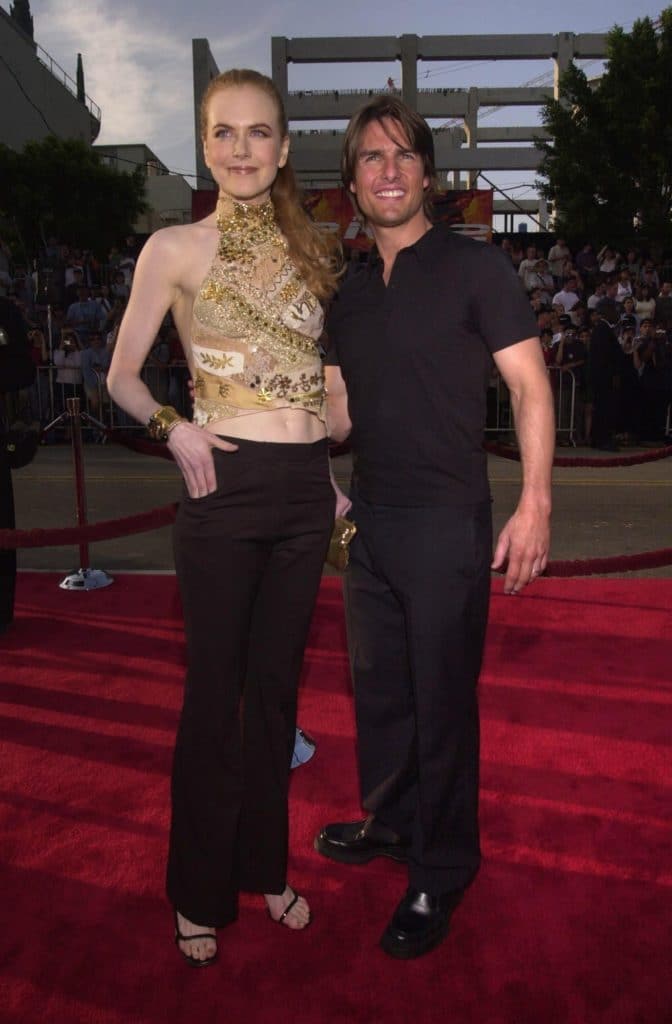 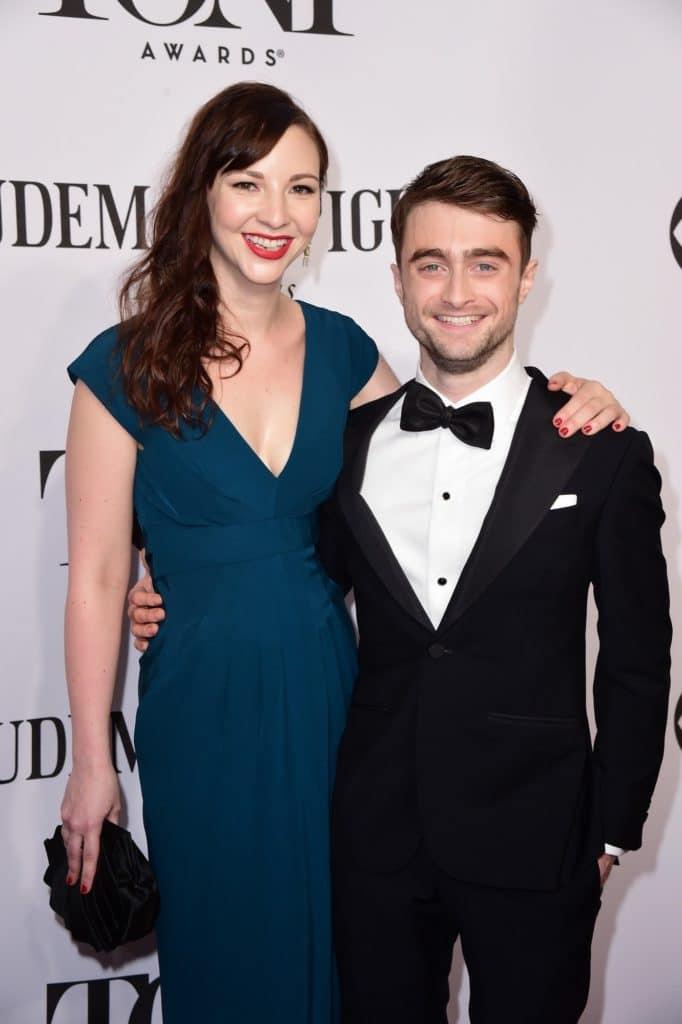 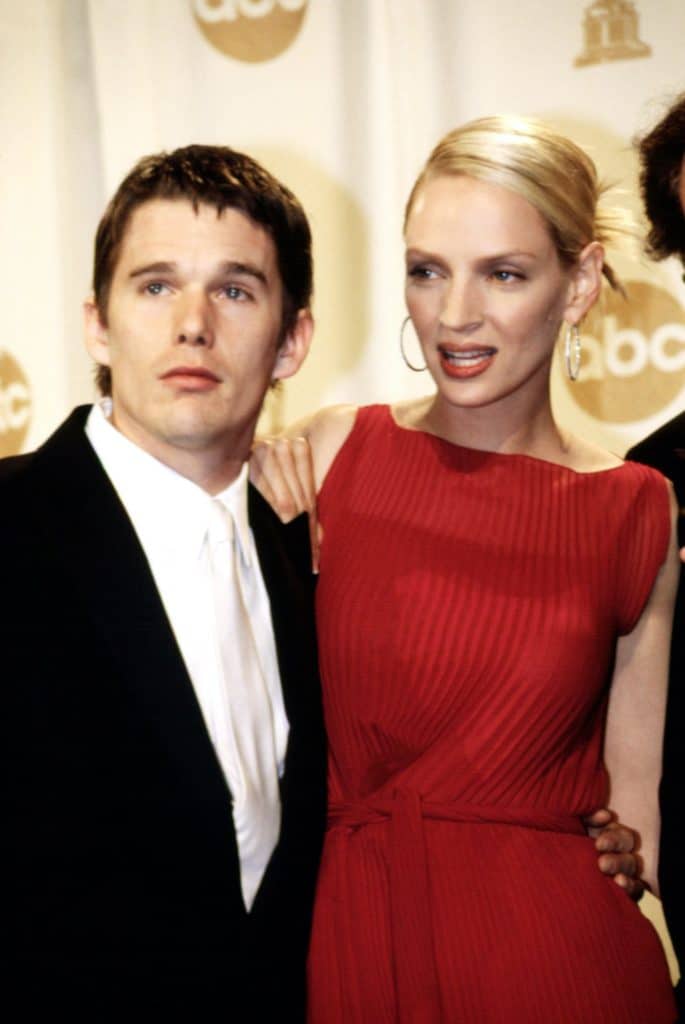 Standing six feet tall, model Ari Cooper towers over her husband Deryck Whibley (who is about 5’6″).

If you recognize Deryck, it’s because he’s the frontman for Sum 41, a Grammy-nominated rock band that gained massive popularity in the early 2000s

Anyone else remember Total Request Live??

You may not know who Clare Grant is, but I’m sure you recognize her 5’4″ husband Seth Green, voice of Family Guy‘s Chris Griffin (among many, many other things).

Clare is also an entertainment industry vet, having acted in movies like Walk the Line and Black Snake Moan.

Some people think this much of a size difference between a husband and wife is weird. I say more power to Clare and Seth!

American fashion model Rhea Durham has been married to model/rapper/actor/producer Mark Wahlberg since 2009.

Believe it or not, at 5’8″ he’s actually about an inch shorter than his wife.

I think we can all agree that Carla Bruni is former French President Nicolas Sarkozy’s better half.

She never hesitates to add a few inches to her figure by wearing heels, and apparently neither does he.

No if only he would find a tailor for his suits…

Katie Holmes was a movie star before she married perhaps the most notorious famous short actor, Tom Cruise (5’7″).

Say what you want about the man (it’s probably true), but you have to admit: Tom Cruise is a phenomenal actor (have you seen Vanilla Sky??).

It’s easy to imagine how Katie Holmes fell for him, but it’s equally easy to understand why she left him (you know, the whole lunatic Scientologist thing…).

Yes, that Liv Tyler, a.k.a. Aerosmith’s daughter, a.k.a Arwen, Queen of the Elves.

She married some dude named Royston Langdon who happens to be 5’8″, so I guess Tyler doesn’t care too much about a man’s height.

The two ended up getting divorced, but from what I can tell (from about 10 minutes of admittedly ‘not great’ Internet research), she can do better.

Some would argue that Brazilian supermodel Alessandra Ambrosio is the most beautiful women on the planet.

Clearly, they haven’t met my girlfriend.

(Sooo many brownie points if she reads this!)

(unless she also reads this part…)

This gorgeous woman married a man named Jamie Mazur who, at roughly 5’8″, stands about two inches shorter than her.

Maybe she loves Mazur because he’s easy on the eyes. Or maybe it’s his $20+ million net worth. Heck, maybe he just has an amazing personality.

Whatever the reason, it’s not his six foot frame. Height isn’t everything, fellas!

Here’s a stunning, award-winning actress who seems to prefer men who are shorter than her.

Then again, at 5’11, going exclusively for taller gents eliminates more than half the dating pool.

Nicole Kidman married Tom Cruise after meeting on the set of Days of Thunder, but they ended up getting divorced about 11 years later.

She was involved with rockstar Lenny Kravitz, who is four inches shorter than her, along with country rocker Keith Urban.

But just like 5’5″ Radcliffe, Darke is a highly talented Hollywood professional. She’s known for her casting abilities,  and she’s acted in Academy Award-winning movies like Still Alice.

To be fair, I didn’t know who Sophie Dahl or her 5’5″ husband Jamie Cullen were until I started researching for this post.

But I had to include them because a seven inch height difference is pretty epic.

Dahl is a writer and former fashion model. She’s written for publications like Vogue and The Guardian, and she’s even penned her own books.

Cullum, according to Wikipedia, is an “English jazz-pop singer-songwriter” who, as it turns out, is ridiculously talented.

There must be something about short, angsty alternative rockstars (see #1) because Cameron Diaz married Good Charlotte guitarist Benji Madden (5’6″) after just seven months of dating.

I’m not one for celebrity gossip, but I did come across a quote from Diaz that reveals one reason behind her attraction to Madden:

Coming from a woman who’s dated Justin Timberlake and six foot three Alex Rodriguez, I’d say we can chalk one up for Team Short Men.

South African actress Charlize Theron has won all sorts of awards for her work in films like Monster, North Country and Mad Max: Fury Road.

Speaking of Penn, The Game is worth a watch if you haven’t seen it.

Award-winning writer and actress, Tina Fey, has been happily married to her 5’3″ husband Jeff Richmond since 2001.

They always seem very comfortable together. Fey never leaves the high heels at home to avoid embarrassing her husband.

You can tell that they’re totally at ease with their height difference. Nice!

At 5’11”, it’s not surprising that Stacey Keibler doesn’t limit her dating pool to taller men. But moving from George Clooney to a shorter, non-Clooney man?

This is clearly a victory for short men everywhere. High fives all around!

And if you ever meet Jared Pobre, please give him a firm handshake for me.

At 5’11” Uma Thurman towers over most women and many men, so it’s not too surprising that she’s open to dating shorter men.

Back in the early 90s, Thurman was married to actor Gary Oldman (5’9″) for a couple of years.

She also married and had two kids with actor Ethan Hawke (5’10”) before getting divorced in 2005.

I’m not one to judge other people, but get this:

Seriously, Hollywood? Get it together!

Yes, it’s true that many women prefer tall men, or at least men who are taller than they are. But contrary to popular belief, it’s not always true.

There are plenty of women who love shorter men, from famous actresses to supermodels to that barista you’ve been meaning to ask out (tip: don’t take her to a coffee shop).