You’ve heard that tall men make more money than short men, right? Is it true? If so, what can be done about it? 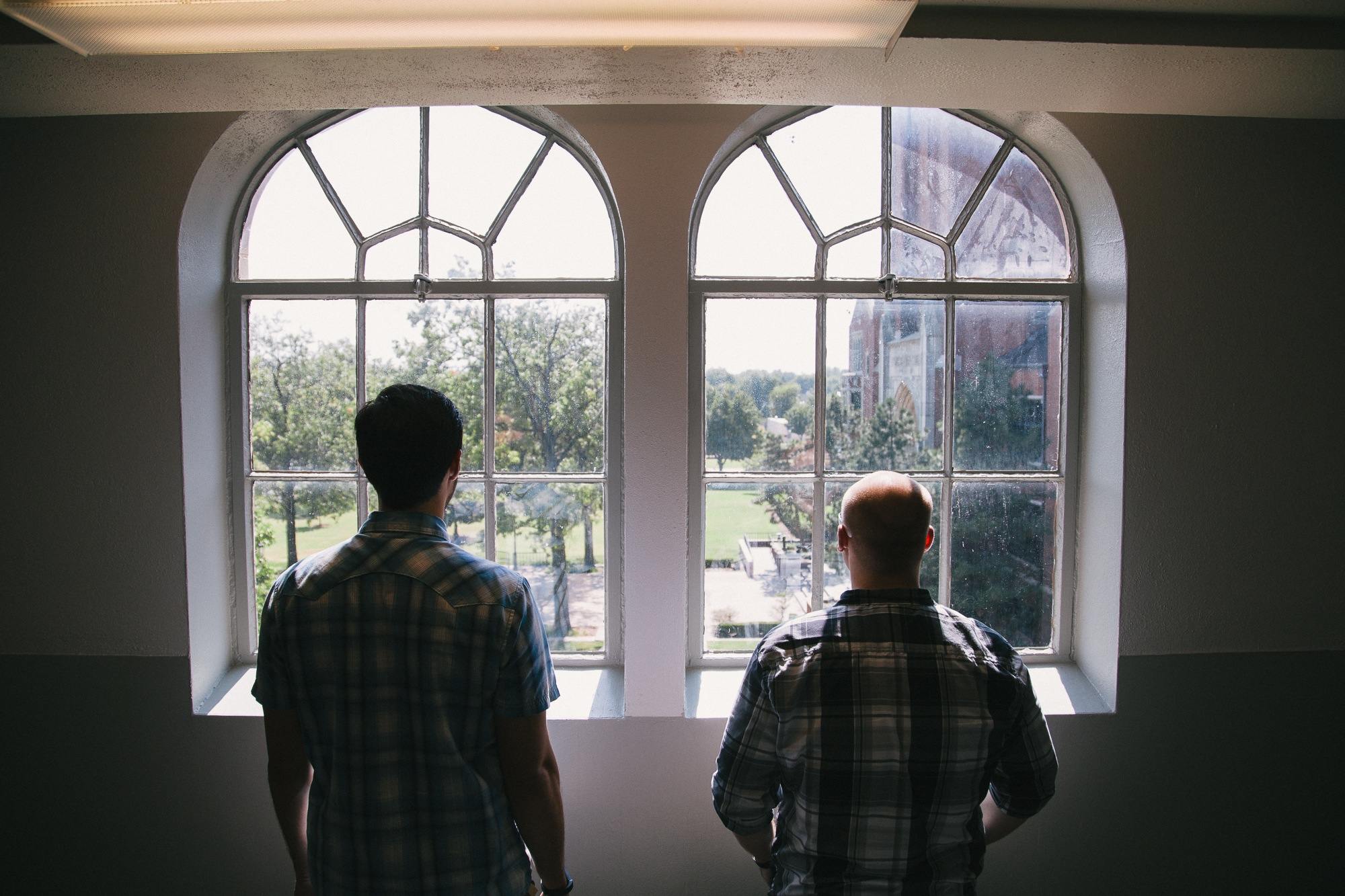 As a guy of shorter status (I’m 5’7’’) who has lived in the fashion hub of New York City, I’ve come to appreciate fashion for both work and play. However, it wasn’t until recently that I concluded that work attire can factor into the compensation we receive.

This goes beyond “dressing the part” within a given profession. Clothing is just one component to consider when looking to maximize our appearance.

A study in the Journal of Applied Psychology, Standing Tall Pays Off, confirms that an extra inch of height can equate to roughly an extra $800 a year.

The study controlled for education and experience, which of course have an impact.

The net result: If you’re six feet tall, you probably earn about $4,000 more than the equally qualified guy who’s in the five-seven club. Over a 40-year career, this equates to $160,000. Not an insignificant chunk of coin.

This pay gap can be attributed to height bias. In a nutshell, the brain is wired to interpret height as a proxy for health, wealth, and power. Our brains are like computers, coming preprogrammed with software that helps us make quick decisions, shortcuts known as heuristics in the world of psychology.

Heuristics are valuable in fight or flight situations when we don’t have time to think rationally, such as when we’re in survival mode. Pause too long when you’re facing danger and you may become lunch for a predator.

This plays into Darwin’s survival of the fittest evolutionary theory: species that acquire adaptations which are favorable for a given environment will pass those on to offspring.

How does this translate into today’s business world?

Height is a proxy for power. This paves the way for taller guys to obtain positions of leadership – and higher average incomes. So, to ensure you obtain full value for your skills, it makes sense to wear attire that optimizes your appearance – height in particular.

In addition to proper fit with clothing, one of the most-often overlooked ways to maximize height is to maintain good posture. As we increasingly sit hunched at our desks or stare down at our smartphones, our posture suffers.

Believe it or not, the average guy robs himself of one to two inches due to poor posture. If you’re a desk jockey (like me), you may find it beneficial to add a few rounds of posture exercises to your daily office routine.

Do a quick search on YouTube to find a routine that works for you. Standing with your chest out, shoulders back, and chin tucked is considered proper posture or “standing tall.” Adding hands to your hips creates a power pose which, per psychologist Amy Cuddy, simultaneously boosts testosterone and reduces cortisol (stress) levels.

To realize these benefits, hold this stance for two minutes. It could be beneficial before your next big presentation or anything that calls for added moxie (see her original TED talk here).

If you’re looking for an additional boost (no pun intended), shoe inserts or elevator shoes may be worthy of consideration. This could be overkill or silly for some—it’s all up to the individual. I tried inserts as part of my research exploring height bias.

Just looking in the mirror was kind of surreal, and the new vantage point was pretty cool. I’ll go so far as to say the altitude gain was empowering. At the office, I was able to look directly in the eyes of colleagues who were typically a couple notches up from me.

Decreasing the height gap between me and my 6’3’’ boss was an ego boost. Through my internal lens, this experiment confirmed that height bias is very real.

However, I ultimately decided that these inserts were interesting “tools,” but were not going to be used as a daily driver. (For the record, I like to run, and just walking with the inserts was awkward).

It’s All About Presence

Now, I’m not so naive to think I can pass for six feet tall using Jedi mind tricks or physical props; however, I understand it behooves me to put in a little extra effort in order to present an appearance (key word) that may be taller than my actual head-to-toe measurement.

Clothing is one component that factors into our overall presence, which includes tangibles and intangibles.

For example, an audience will quickly identify whether your attire is professional or casual. During a presentation, intangible elements such as the speaker’s posture, tone of voice, subject matter expertise, and ability to make eye contact also factor into their overall presence.

A couple of my friends are 5’4’’, and they carry a room in a matter of seconds based on their presence. You quickly focus on what they’re saying, not their height.

One is a lecturer with a PhD in history, the other is the co-founder of a marketing tech company. Although they’re the same height, each maintains a unique presence through their respective styles – both their attire and the way they communicate via public speaking.

If you’re looking for additional ways to power-up your presence, public speaking is a valuable skillset. Speaking in front of groups is consistently ranked as one of the things people fear most, myself included.

In fall 2017, I joined a local Toastmasters club to build up my communication and leadership skills. In addition to boosting your confidence and helping others with your feedback, it’s also a fantastic opportunity to learn about a wide range of subject matter and meet new people.

Going back to the figures cited in the income study, remember that these are averages. We all know plenty of not-so-tall guys crush it in the corporate world, making it to the top pay grades of the proverbial corporate ladder. Others (like my friends) opt to create their own ladder.

By carving your own way, you to bypass the potential glass ceiling in the corporate world. The next time you Google something, “like” your buddy’s Facebook post, or buy something on Amazon, know that the respective founders for each company would be deemed “short” based on the U.S. Census average male height of 5’10’’.

The height bias machine and pay gaps are real, and it’s unlikely society will change anytime soon. However, understanding how the machine operates is powerful, as we can choose to control how we appear to others.

Whether you’re climbing the company ladder or hanging your own shingle, looking sharp and standing tall are complementary ways you can maximize your appearance and establish your presence.

What we say and how we say it are also integral to communicating our value to others. Gaining an inch or two, whether real or perceived, may seem trivial, but the return on investment could be very real.

Seth Ulinski is a market researcher who appreciates fitness, fashion, and the outdoors. He is the author of Amazing Heights: How Short Guys Stand Tall.