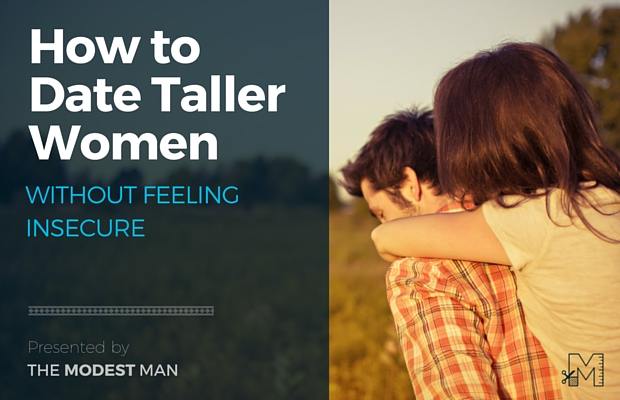 The arguments would rage for hours.

Everything would be fine until she’d pull a pair of heels out of her closet.

I’d hope and pray she’d wear some other type of shoes. Maybe she’d opt for canvas or fancy flat shoes. I didn’t know. I didn’t care. I just didn’t want her to pull out heels.

My girlfriend was only slightly taller than I was. But when she decided to wear heels it wasn’t even close. Suddenly she’d be towering over me. Any feelings of manliness or confidence I had would disintegrate.

Once we’d leave her apartment I’d feel a wave of disempowerment wash over me.

I’d tell myself not to feel bad about it. I knew I had nothing to be ashamed of. Logically I knew there was no reason to be upset. She felt more attractive when she wore them. Who was I to tell her what shoes to wear?

But my emotions would override logic. I couldn’t contain my insecurities and the evening would turn from a fun and enjoyable one to a slugfest of animosity. I was embarrassed by the height discrepancy and I’d guilt her about it. Which of course was ridiculous behavior that only led to ugly arguments.

Normally I’d feel myself; completely comfortable and natural around her. Why’d that all crumble to the ground when she jutted up 4-5 inches above me?

I’d be paranoid that I was being judged by every person we’d walk past. Any person that was laughing was laughing at me. Any person pointing at something near us was mocking the gaping difference between my girlfriend’s height and mine. 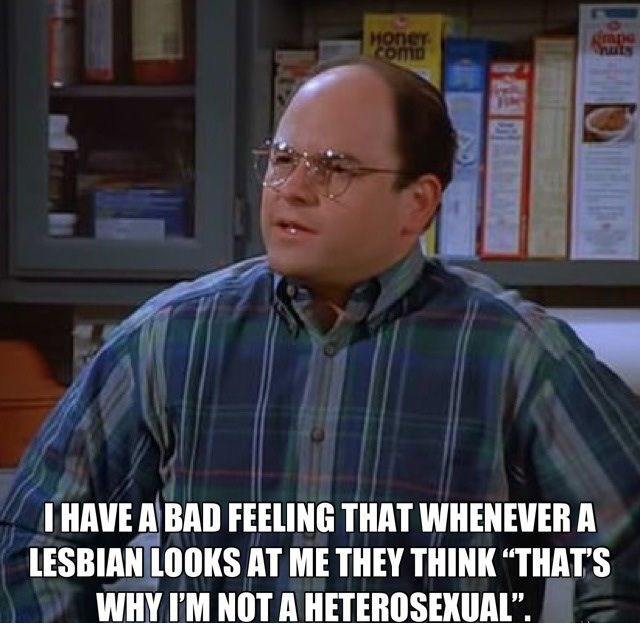 Where did these feelings come from? Why did I feel so intimidated and insecure around taller women?

There was a girl in one of my classes at the University of Florida. I knew she was on the volleyball team because she’d always wear their apparel. She was really attractive and I had a massive crush on her. She was also about three inches taller than me.

I’d want to talk to her before or after class so badly. I’d fantasize about ways to stumble into conversations with her. I’d pray we’d be leaving the classroom at the same time and happen to be walking home in the same direction.

Unfortunately these dream scenarios never went down – until I saw her in the grocery store one day.

It was a Saturday or Sunday morning and I sauntered into the grocery store with my friends, carefree and unaware of who was waiting for me around the corner. I turned into aisle three and saw her looking at the items on the shelf about ten feet in front of me.

I seized up. I had a flash instinct to duck into another aisle before she saw me. As I stood there with my mouth slightly open she turned, looked at me and smiled. I was too late.

“Hey!” she said excitedly, recognizing me from class.

“Hi…” I muttered sheepishly. I was excited to converse with her and could sense that she liked me a little bit but for some reason I felt unworthy.

To me she was this tall, attractive goddess and I was just an average-height dude she’d never think about in that way. I psyched myself out before I even had a chance!

Immediately I started apologizing for things.

“Sorry I’m dressed like this.” Granted I was dressed pretty poorly but the grocery store isn’t where people expect you to dress to impress.

And this was a girl who wore volleyball t-shirts and shorts most of the time. An odd apology for sure.

Note from Brock: You should always try to dress well when you’re in public – even for a quick trip to the grocery store. You never know who you’ll run in to!

I apologized for being tired, being hungover, and for my hair being messy. I just kept rattling them off. Neither one of us really knew why.

Eventually, we both decided it’d be best to end the conversation and we headed in opposite directions shaking our heads.

As men, we believe we’re supposed to be taller and stronger than the women we seek to attract. There’s no question that lots of women feel this way too. It’s a cultural thing, it’s wired into our genetics, blah blah blah.

In the majority of cases, however, I don’t think height matters. It may put a shorter man at a disadvantage but it definitely doesn’t rule them out.

I’m sure that some girls have a hard and fast rule that they won’t get with guys who are shorter than them. Forget those girls. They’re the equivalent of guys who’ll only date a girl who’s a “9 or better.” No one wants to be with those people.

Many of the girls I’ve talked to about it don’t even really consider height. They’re attracted to a guy based on how he carries himself and how he treats her, not on how large the height discrepancy happens to be. They tend to laugh at me when I ask if they have something against shorter guys.

I’ve come to believe that, like most insecurities, equating a lack of height with a lack of attractiveness or desirability is all in my head.

Ironically, my two shortest friends are the ones with no problems getting girlfriends or attracting girls. They even have problems with girls in their lives fighting over them. Not a terrible problem to have.

What is it about these dudes that enables them to attract so many women? I think it comes down to three principles, all three of which can be worked into your own mindset and behaviors.

Not once in the time I’ve known them (about eight years) have I heard them mention their height as a disadvantage.

When I mention how they’re with a taller girl they give me a weird look or just shrug it off. In their mind it’s not even an issue, and they definitely don’t treat it as a weakness.

They know what they bring to the table and they lay it out boldly for the girl to see. If she wants to ignore them because they stand a couple inches shorter than her… so be it.

Shame definitely has its place. If you betray someone’s trust or steal out of your mom’s purse or start a religious argument on Facebook, you deserve to be ashamed.

But you have to draw the line.

There’s that old quote about not worrying about things that we can’t change. If you could snap your fingers and be six foot two I’m sure you would. You’d be crazy not to. (I’ve had fantasies of a genie granting me that wish since I first saw Aladdin back in the day.)

But worrying and stressing over it, believing it’s something to be ashamed of, isn’t okay. It dampens self-esteem, which has ripple effects on all conversations with attractive women that don’t go as well as we want them too.

The good part about these feelings is that they’re irrational. They’re grounded in our assumptions about a situation rather than the reality. Girls will very rarely count you out on height alone. My two friends who’ve been swimming in women are proof.

It’s all in how you carry yourself and how you feel about it. If you have no reservations about your height, she won’t either.

#3: Use humor to flip the script

One of my baseball coaches in high school was around 5’4.

The guy was miniature in stature but his confidence was through the roof. He had no hesitation or shame and he regularly told us about his various conquests.

I was somewhat terrified of talking to the older, taller attractive girls at school so I would grill him about his mindset and how he was able to project such a massive confidence with such a diminutive stature.

His responses were so shocking that I had to laugh.

He told us that he’d acknowledge he was short but lay out for a girl exactly how he’d make up for it (you can use your imagination). It was graphic and over-the-top but he said it in a no-nonsense way that was hilarious.

The point is that he used his sense of humor to turn the tables on any female who thought about counting him out based on his height. 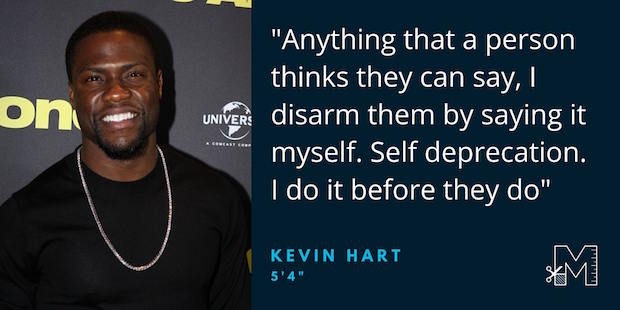 Pretending something doesn’t exist shows we’re self-conscious about it. Showing why it doesn’t matter shows self-awareness and confidence that all women crave.

And if you can make her laugh while you’re doing that, you’re going to come out ahead nine times out of ten.

There are things about you that women will find attractive. Maybe you dress well or have a great sense of humor. Or maybe you’re just a hardworking, genuinely caring dude.

Focus on these things, and try to ditch the irrational fears that hold you back.

If you develop a truly confident attitude your height won’t matter. Women who thought they cared about height will look right past it.

If you don’t care, they won’t either.

What do you think about dating taller women? Leave a comment below!

The Modest Man staff writers are experts in men's lifestyle who love teaching guys how to live their best lives.