Wondering what the difference is between quartz, mechanical and automatic watches? Here’s a simple overview of watch movements. Most men buy a watch the way a teenager buys her first car. They buy it based on aesthetic appeal. Does it look cool? Do I like the color? Is it popular?

Let’s face it, most people who buy a Rolex are purchasing it because of the brand’s cachet and the status that comes with wearing a Rolex on your wrist. Only a fraction of Rolex customers are buying it based on the heart that keeps it ticking – its movement.

Does a Watch’s Movement Matter?

If you’re buying a watch purely for its aesthetic appeal, or simply want accurate timekeeping for an affordable price, then no: movement doesn’t matter.

But, if you’re like many watch enthusiasts, you may find a mechanical movement fascinating. Even affordable mechanical watches are cool because they run without batteries.

There’s just something interesting about having tiny time-telling machine on your wrist.

Same goes for higher end shoppers. If you are looking for an heirloom-quality timepiece you can hand down to the next generation, then like a car, it starts and stops with the engine that’s under the hood.

Just like an engine keeps your car running, a watch uses an engine called a movement to keep it ticking.

Thankfully, unlike a car, there are only two types of engines in a watch: quartz and mechanical.

Variations of these include solar powered and automatic watches, but they all fall into those two categories (battery powered or mechanical).

This article will explain the differences between each type of watch movement.

The movement itself is as rudimentary as it gets, and other than popping a new battery in every few years, there isn’t much that has to be done to keep it ticking. 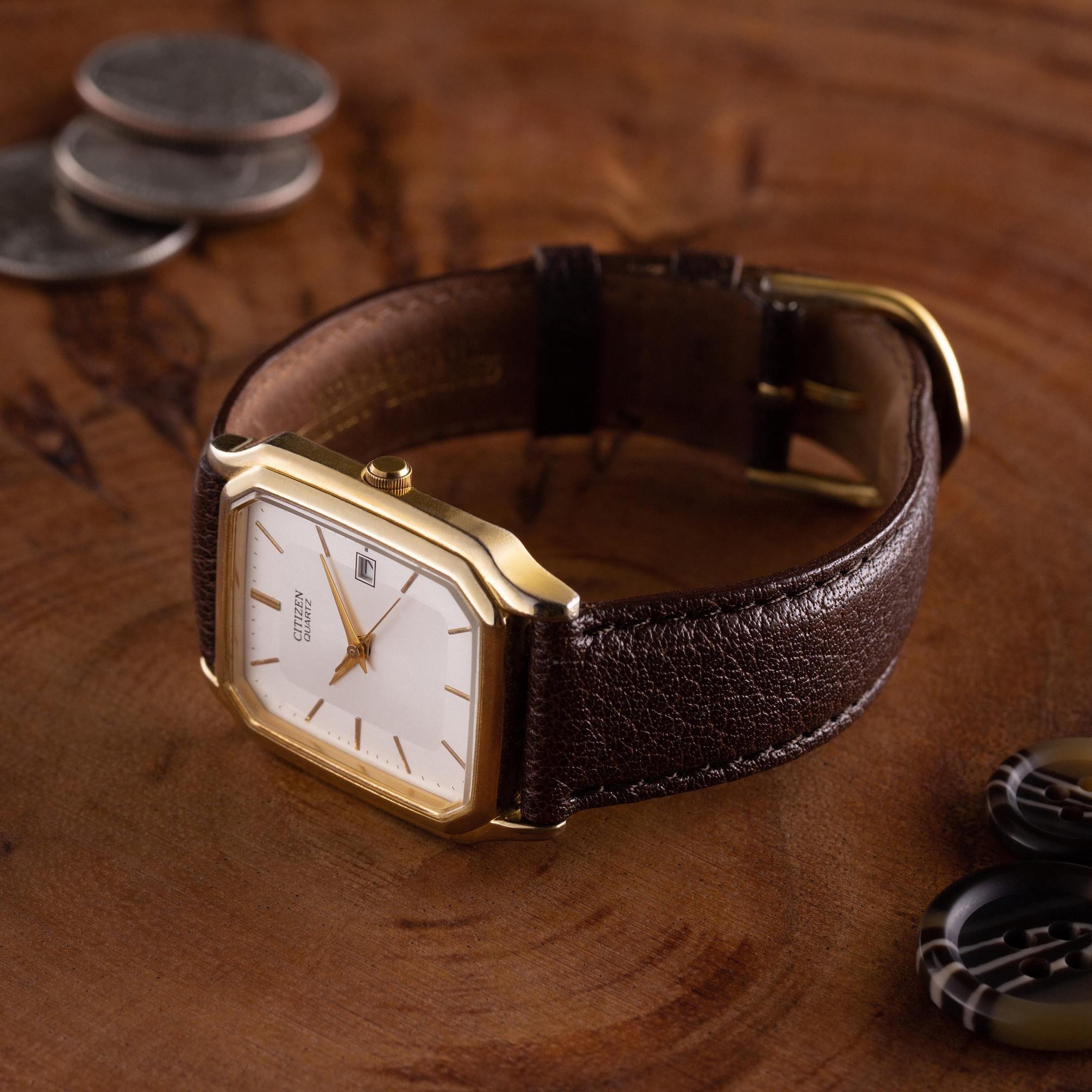 One of the most significant benefits of a quartz watch is that it’s also far more accurate than any mechanical or automatic watch.

The problem is, today most of us don’t actually rely on our wristwatch to tell us the time. Perfectly accurate digital clocks are all around us, including in our pockets.

Smartphones that have rendered the watch no more than a glorified bracelet, body-worn art, or jewelry men wear as a statement piece.

Indeed, watches keep track of the time, but most people rarely check the watch on their wrist these days.

Since a battery-operated watch is so simplistic, a quartz movement is usually reserved for inexpensive fashion watches purchased by men who are really only after an attractive timepiece and don’t care about the mechanics inside it or having to replace it when it dies completely.

Of course, there are plenty of amazing quartz watches, including super affordable classic like the Casio F91W, and even modern luxury pieces from Cartier and Grand Seiko.

But for most watch collectors and those who appreciate the artistry behind a timepiece, it’s the manually-wound and automatic watches that are worth considering.

Mechanical watches are hand-wound timepieces that use a complex movement comprised of – often – hundreds of small parts that are orchestrated to work in harmony which make the watch tick.

Many of the mechanical watches produced in-house by Swiss watch brands can fetch upwards of hundreds of thousands of dollars or even millions of dollars at auction.

However, they also sell for a lot less in many cases.

Thanks to movement companies like ETA which mass-produce mechanical movements for many watchmakers, smaller boutique brands can utilize well-produced engines that compete with the more prominent luxury watchmakers in Switzerland, Germany and Japan.

What ends up happening is you run into situations where you can often end up paying for the name or paying far more than the watch is worth when acquiring a luxury watch using the same movement as a smaller brand.

The real benefit of investing in a mechanical watch is that because it doesn’t require a battery-powered computer, so long as you keep the movement well maintained, and provided it’s well made, there’s no reason it should ever need to be replaced.

That’s really the big difference between a mechanical timepiece and a quartz watch. Like your home computer, eventually a battery operated watch is going to go on the fritz and the cost to repair the movement isn’t worth it.

This is why collectors prize mechanical watches over the superior accuracy of the quartz watch.

Also a mechanical watch, this movement is worthy of your attention.

The difference between an automatic and a mechanical movement is that the automatic movement continues to tick without having to wind it each day.

So long as you wear it on your wrist, the motion of your arm keeps the watch wound.

It does this by using an off-center weighted rotor which spins as you move throughout the day. As it turns, it activates a ratchet system which keeps the watch wound.

If we look at these movements as a whole, they aren’t any more accurate than the manually wound mechanical movements you have to wind each day.

The real benefit is that with the automatic, you don’t have to take the time to set it over and over again. If you alternate between watches, you can store it in a case called a watch winder which keeps the watch in motion while it waits for you to put it back on your wrist.

Today, most automatic watches also contain a power reserve which gives you a window to remove the watch from your wrist without having to keep it in motion.

A watch with a 72-hour power reserve will give you that chance to wear another watch in between, or just allow you to pop it on your nightstand for a good night sleep.

Unlike mechanical watches, timepieces powered by automatic movements vary significantly. At the top range, a wristwatch with an in-house, handmade movement can cost a small fortune.

For every feature added to the watch, the complexity of crafting its movement increases, which in turn drives up the price. Known as complications, these features can be as simple as a date window on your watch. However, others are far more advanced.

A perfect example of this is a grand complication pocket watch called the Reference 57260. It’s produced by a luxury Swiss watchmaker named Vacheron Constantin and features 57 different complications, or features, in addition to just telling the time.

Since the watch is handcrafted by skilled artisans, it takes eight years to assemble and uses 2,826 moving parts and 31 hands on the dial. It’s the Mona Lisa of timepieces.

Grand Seiko’s Spring Drive is a type of watch movement that’s sort of in its own category, kind of like a gas-electric hybrid vehicle.

Spring Drive is a mechanical movement, but it uses electricity to regulate the speed at which the mainspring unwinds.

This mechanism is called the Tri-syncho regulator, and it regulates the mechanical parts of the watch to produce ultra precise movements of the watch’s hands.

This results in the iconic smooth sweeping motion that all Spring Drive watches produce.

This incredible technology comes at a steep price. Most people will never own a Grand Seiko watch, even a quartz!

But if you ever get a chance to admire a Spring Drive watch in real life, be sure to take it!

So What Kind of Movement Is Right for You?

Sure, a quartz movement is fantastic if it’s a watch for a child or just a fashion watch that you’re happy to replace in a few years.

And, although a mechanical or automatic watch can cost millions of dollars like Vacheron Constantin’s Reference 57260, it doesn’t have to.

Is it true that an in-house produced movement will cost a few thousand dollars? Likely. But, can you get one for less? Absolutely.

Thankfully, there are some great companies around the world that only produce movements. These movements then get fitted into dozens of watches from various brands.

ETA is one of the better-known movement providers, and a vast majority of the luxury watch companies creating automatic timepieces use ETA movements in their watches.

Breitling, Ball, Tudor and many other well-known luxury watchmakers use ETA movements. For example, the renowned Tudor Black Bay is powered by the 2824 movement.

But it doesn’t mean that you have to spend two or three thousand dollars on a watch. Let’s be frank, not all of us can afford that price.

Let’s look at the ETA 2824-2. It’s the most widely used automatic movement produced by ETA and is the workhorse inside hundreds of watches.

It comes in four grades, but even the standard grade is a superb 25 jewel automatic movement. 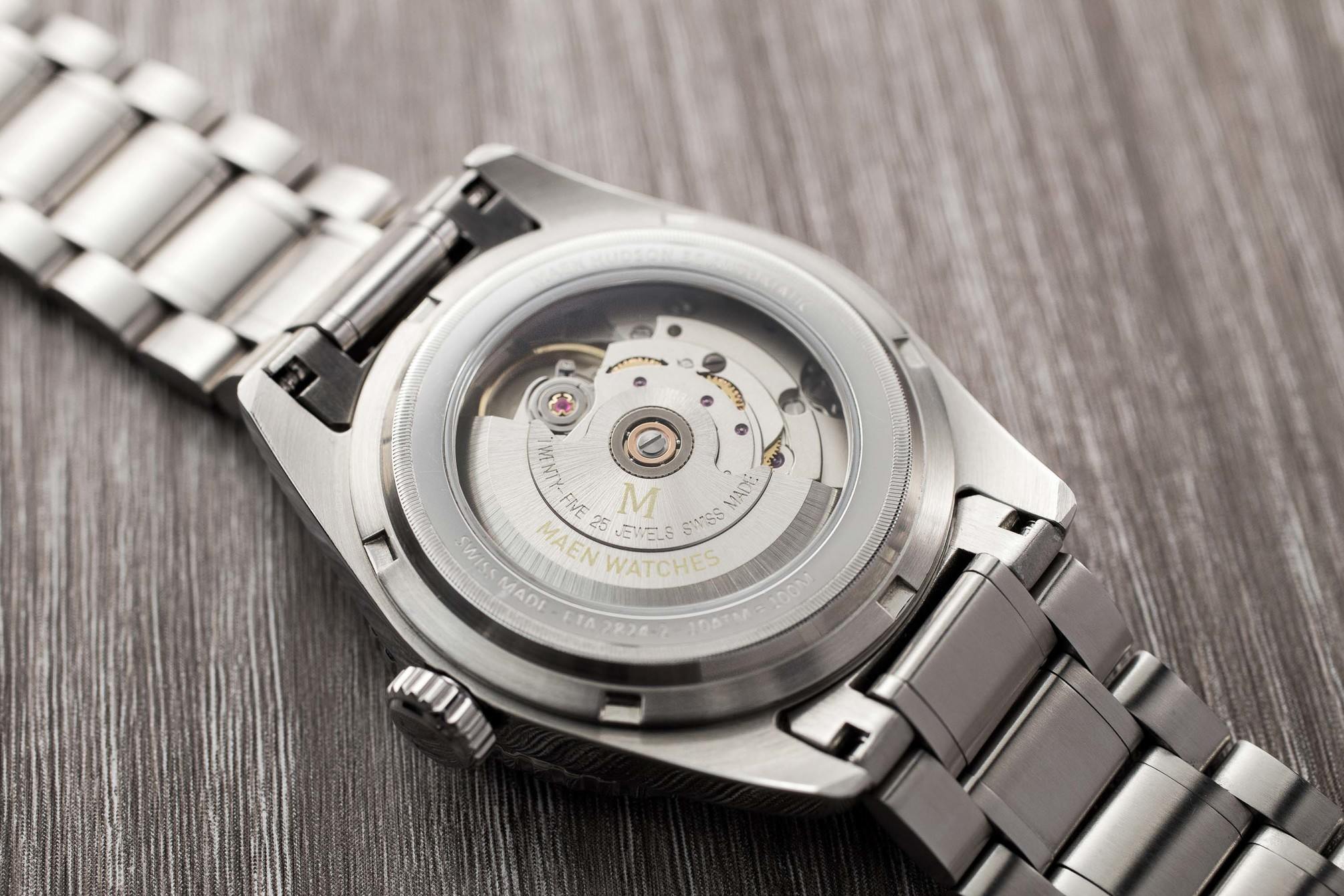 It’s used in watches that range in price from a few thousand dollars upwards of $65,000. Now the question has to be asked: Why does the price fluctuate so much if it’s the same movement? Because you’re paying for the name.

It’s like putting the same engine in a Ferrari and a KIA. The only difference is what it looks like on the outside, but under the hood they’re identical.

So if you’re set on a luxury brand because of the cachet of its name, by all means, spend a few thousand dollars.

However, there are also young brands that are tired of big name brands charging far more than the actual cost of manufacturing the watch. 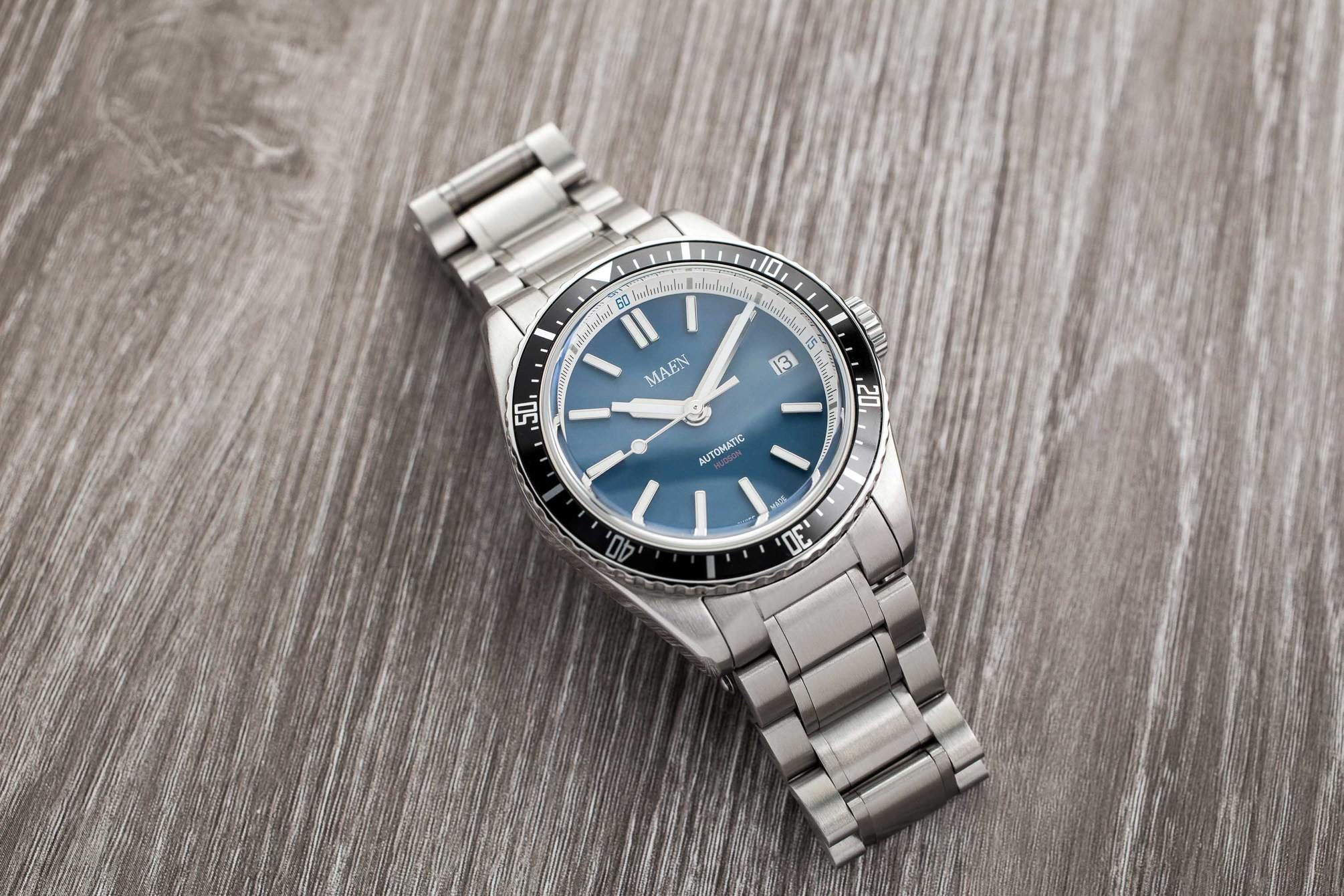 Many use the same quality materials as the luxury brands on the outside such as sapphire domed glass and Italian, full-grain vegetable tanned leather for their straps. On the inside, they feature the same ETA 2824-2 movement powering the watch. The difference is they’re charging only a few hundred dollars.

Of course, your other option is to buy a pre-owned luxury watch like a Breitling or Tudor from reputable sellers like Crown & Caliber who only charge you what the watch is actually worth rather than the heavily-marked up price tag recommended by the brands.

Here are answers to some commonly asked questions about watch movements:

What is the difference between mechanical and quartz movement?

No, quartz movements are not mechanical, but quartz watches do contain some mechanical parts.

Why do quartz watches tick?

Quartz watches tick when their power source, the battery, sends electricity to the quartz oscillator, which moves the gears (and hands) forward.

Most quartz watches tick once per second to avoid draining the battery too quickly (they could tick faster, but that would require more electric pulses from the battery).

Is Rolex mechanical or quartz?

All modern Rolex watches are mechanical or automatic watches. There is a discontinued quartz Rolex watch, the Rolex Oyster Quartz, that can be purchased from preowned marketplaces.

Is quartz more accurate than automatic?

No, quartz watches can’t last forever. They contain electronic parts that will wear out over time. You can expect a quartz watch to last 15-40 years, as long as you replace the battery after it dies.

Do quartz watches have jewels?

That said, some higher end quartz watches do have jewels.