Here are some of my favorite men’s YouTube channels that are run by shorter guys.

You’ve heard it before: tall men make more money. Tall men get all the ladies. Tall men are more attractive and always get the promotion.

Sure, there’s some truth to this stuff, and height bias is a real thing in our society. But that doesn’t mean there aren’t a ton of shorter men out there crushing it in business and in life.

Today, I want to shine the spotlight on some of my favorite shorter YouTubers. These are all people who are doing amazing things with their lives, regardless of whatever genetic hand they were dealt.

These are guys everyone can look up to, regardless of height.

Now, I’m 5’6” in shoes, and I’d follow all these guys even they were seven feet tall. But it’s nice to be able to get high quality info about style, fitness, grooming, dating and confidence from guys who know what it’s like to navigate life as a shorter man.

So, whether you’re a man of modest height or not, I highly recommend subscribing to these channels. Let’s get into it!

Jeff’s channel is one of the most popular and universally respected fitness channels out there. 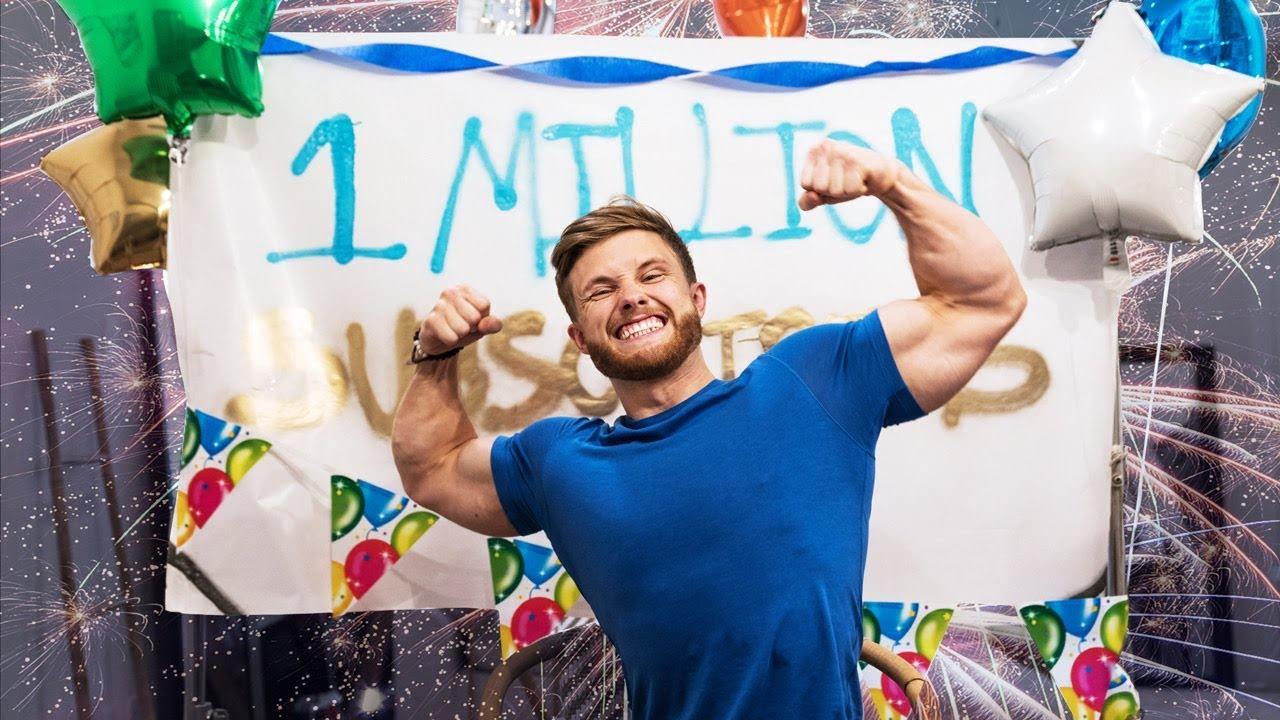 Not only is an award-winning competitive body builder and powerlifter, but he has the ability to break down complex subjects (like how to deadlift properly) in simple, easy-to-understand ways.

I love his demeanor and his approach to content creation. He always backs up what he’s saying with the latest science, and he never overhypes anything. He’s just a laid back dude that walks the talk and practices what he preaches.

I especially like Jeff’s “Myth Bust Mondays” series, where he tackles some of the most controversial and persistent claims in the fitness world, such as the role of dairy in your diet.

Plus, at about 5’6” Jeff is no slouch on the basketball court. Just check out his jump shot!

The OG of men’s lifestyle on YouTube, Aaron Marino has built a huge channel by covering everything from manscaping and hairstyle techniques to social skills and improving confidence. 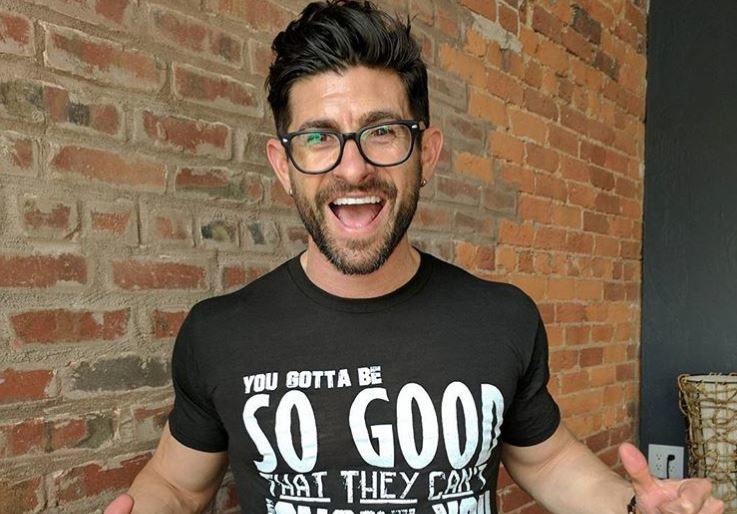 Unlike many niche channels (i.e., style or fitness), he talks about everything men might struggle with, oftentimes delving into topics guys are too embarrassed to ask anyone else about.

Aaron has been on Shark Tank twice. He’s built multiple companies, including Pete & Pedro and Tiege Hanley. He’s partnered with major brands like Bodybuilding.com, and he co-hosts the Menfluential conference with Antonio Centeno from Real Men Real Style.

Aaron is about 5’6”, and he’s a rare example of someone who genuinely isn’t bothered by his height. He’s made multiple videos about his height, covering confidence and style tips for shorter men.

Believe it or not, Aaron is the reason I started focusing on YouTube a few years back (when I was just blogging on TheModestMan.com).

My favorite series on his channel is the Alpha M project, where Aaron gives one lucky viewer a style and grooming makeover. If you haven’t seen this series, I highly recommend checking it out.

I had the pleasure of meeting and collaborating with Tim Dessaint at the Menfluential conference in Atlanta. Let me tell you – this is one cool dude.

A citizen of France of Japanese descent who lives in Australia, Tim is an interesting character. He’s got an amazing eye for photography and videography, as evidenced by his fast-growing YouTube channel (his first video went viral and passed 1m views in less than 5 months).

What I love about Tim is his genuine sense of confidence. He’s very comfortable in his body and his clothing, and he really isn’t bothered at all by his lack of height.

Tim was a hip hop dancer for a couple years, and he said that both dancing and men’s style were huge sources of confidence for him, as he was sometimes insecure about his height growing up.

Like I always say, you can’t just will confidence into existence. You have to give yourself reasons to feel confident. Maybe it’s dressing well, maybe it’s learning how to dance or learning martial arts. Maybe it’s just getting into really good shape.

Any of these pursuits will increase your confidence, regardless of how tall you are.

Tim’s videos have a pleasant vibe and clean aesthetic, and his style is on point. If you haven’t already, go check him out!

First off, that name! Alexander Leonidas. Sounds like the lead from the next 300 sequel…

Alex’s channel, Alpha Destiny, is one of my favorite fitness channels. I love the fact that Alex is a shorter guy, but he’s still super strong and, as he puts it, totally yoked. 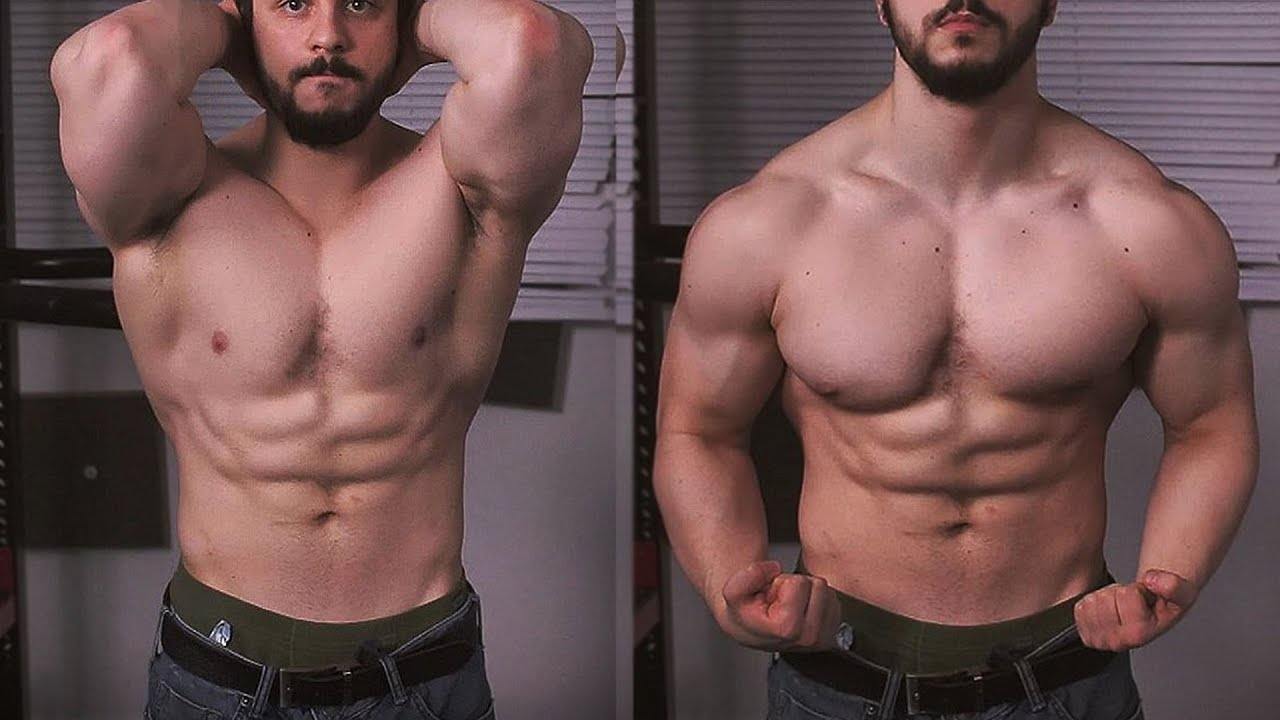 Alex has a unique perspective on strength training and fitness. He always seems to prioritize actual health, not just gains, which isn’t always the case within the YouTube lifting community.

He also knows his stuff. He’s been talking about the important of training your neck, a very popular topic right now, for a very long time, and he’s demonstrated several effective neck training techniques on his channel.

My favorite videos from Alex are his Q&As, in which he answers questions from his audience. He’s always very straightforward and honest with his answers, and he doesn’t shy away from controversial topics.

Plus, hailing from Montreal, he’s got a sweet accent and is very entertaining to watch.

Did I mention he’s totally yoked?

If you need some action packed workout advice, delivered from a shorter man’s perspective, go check out Alpha Destiny!

Another style YouTuber, Jordan made a name for himself with hairstyle tutorials. He was one of the first creators making really cinematic videos with nice b-roll and cool music. 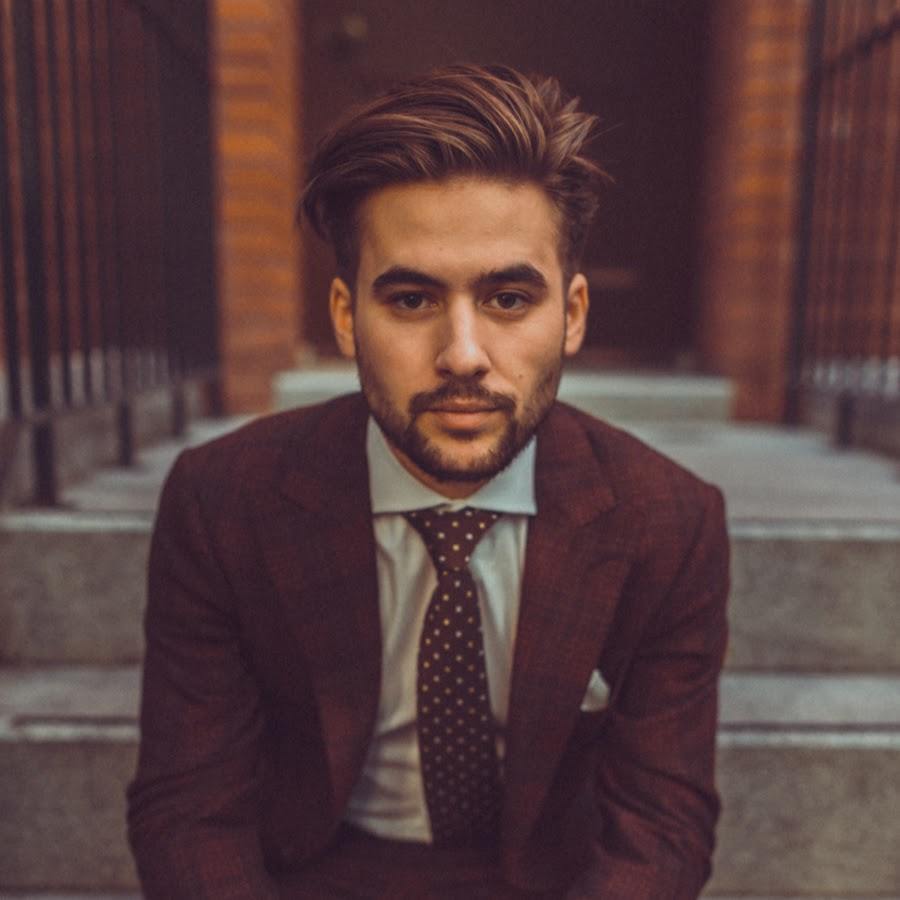 I remember seeing one of his early pomade reviews and being blown away by the production quality.

Jordan has since transitioned into fashion and lifestyle, although he still does haircuts and hairstyle tutorials.

I love the whole vibe of Jordan’s channel. He’s super laid back and very positive. Watching his videos is a relaxing and fun experience. Plus, his style on really cool.

Jordan is much more experimental and fashion forward than I am, but he also appreciates the classics, such as waistcoats and dress boots.

Jordan is also the c-founder of Chaptr, a men’s hair product brand that’s gained a lot of popularity over the past couple years.

Jon and I actually had Jordan on The Buttoned Up podcast, so if want to learn more about him, definitely go give that episode a listen.

Minimalist, tech enthusiast, gear head and design nerd, David Zhang is one of the coolest “smaller” YouTubers I follow. 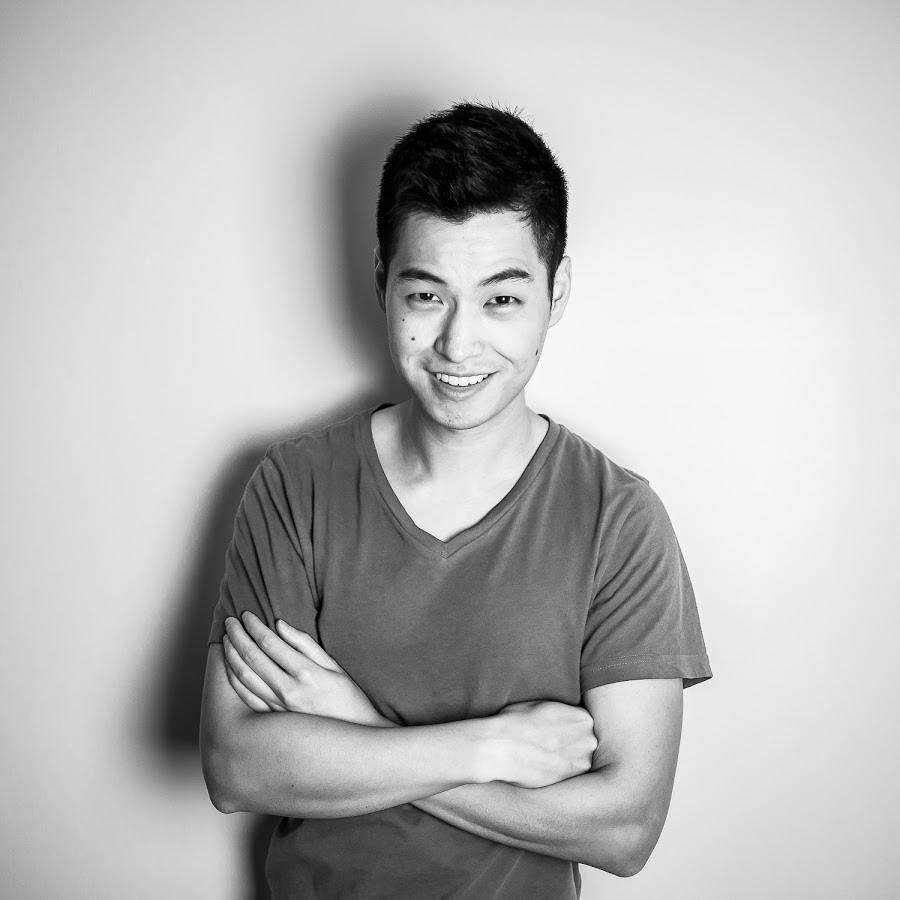 I say smaller because he doesn’t have millions of subscribers, but he’s built an impressive channel, and I think he has a very bright future.

I was watching one of David’s videos about a piece of camera equipment, and he casually mentioned he was a shorter men (I think 5’6”), which of course I thought was really cool.

David’s production quality is super clean, and he comes across as a very laid back guy – my type of person. His videos are really well done, though. Super thorough and helpful, especially if you’re into technology and gear.

Some of my favorite videos of David’s are his desk setups. He’s super into ultra-functional-but-minimal workspaces, and I find these videos to be really helpful.

If you’re not following David Zhang, definitely go check him out!

Khoi runs Gentleman Within, a blog and YouTube channel that releases new videos every week to help guys dress better and feel their best.

I’ve known Khoi for a while now. He’s even written some really great articles for The Modest Man in the past. He’s a solid dude who knows what he’s talking about when it comes to men’s style. 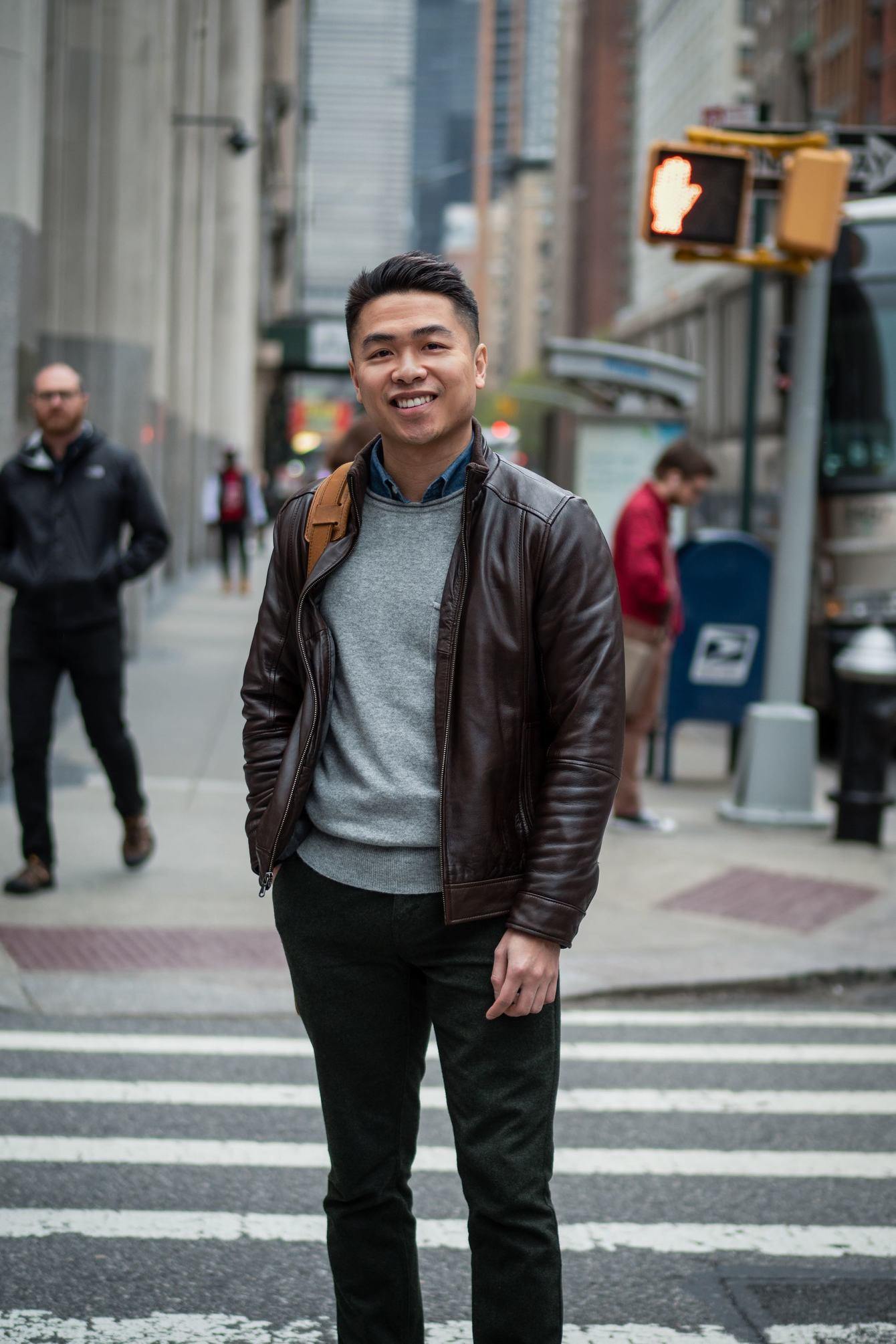 Khoi does hauls, try-ons, product reviews, how-to-wear videos and seasonal look books. But what I really love about his channel is the focus on smart casual style.

He simply nails the smart casual aesthetic, which is arguably the most versatile “dress code” right now. Most guys don’t work in formal office environments, and the standard business casual uniform of khaki pants and a blue button up is dated and boring.

That’s why smart casual style is so perfect. It works at the office, on a date, out with friends, around the house, at the airport, and pretty much anywhere else a modern gentleman might find himself.

Of course, Khoi gets bonus points for being a man of modest height at around 5’6” tall.

If you want to step up your smart casual game, definitely go subscribe to Gentleman Within.

I met Pete a few years back, and let me tell you: he’s one of the best dudes I know. He’s super humble, despite being an extraordinarily successful entrepreneur. 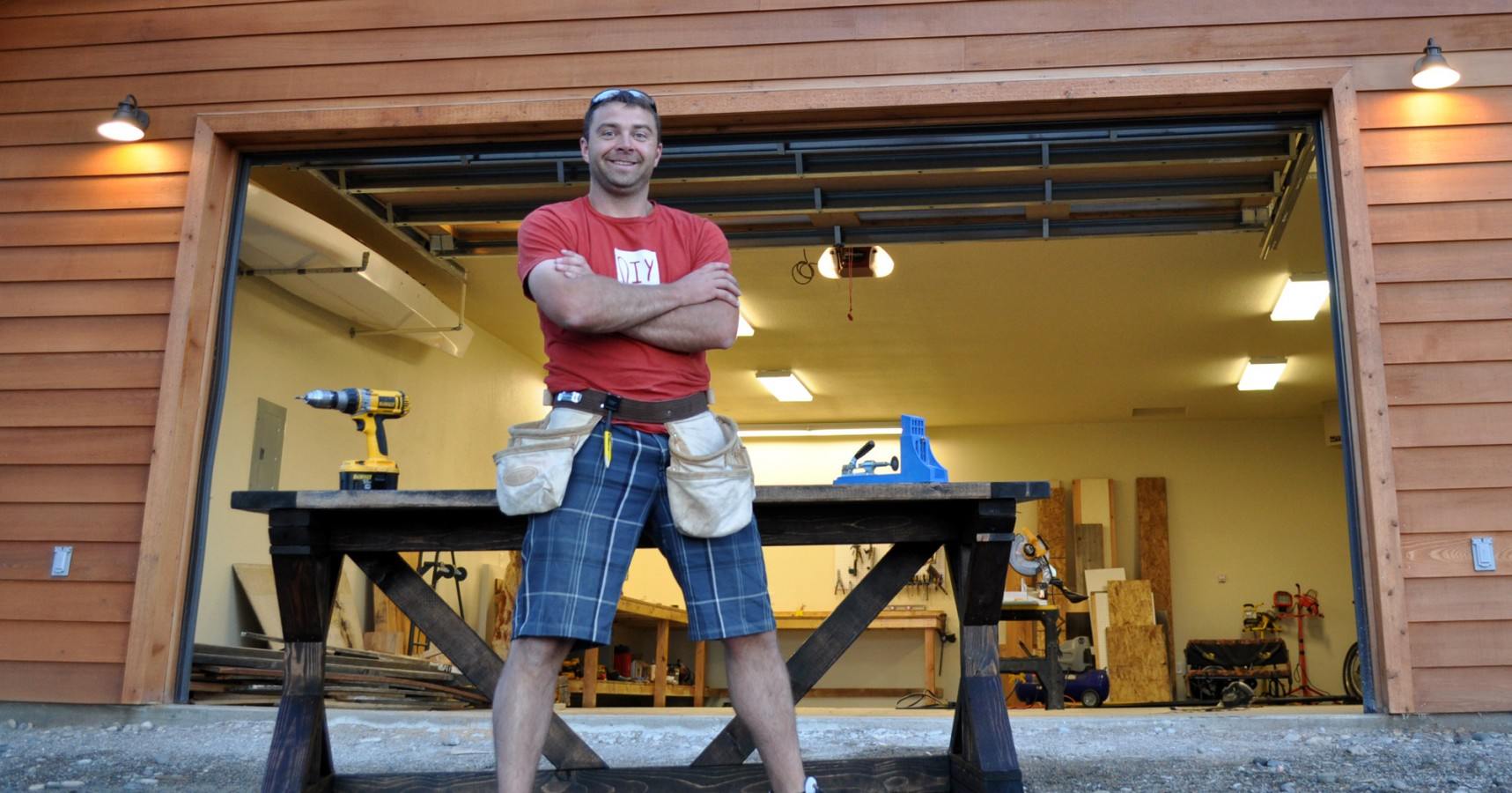 His channel, DIY Pete, is all about teaching people how to take on their own DIY projects, from simple woodworking tasks to in-depth builds involving concrete, plasma cutting and metalwork.

When he’s not renovating his house or building amazing furniture from scratch, Pete enjoys flying his airplane, riding around the Montana wilderness on snowmobiles and teaching other entrepreneurs how to succeed online.

Even if you’re not into DIY stuff, I definitely recommending checking out Pete’s channel. 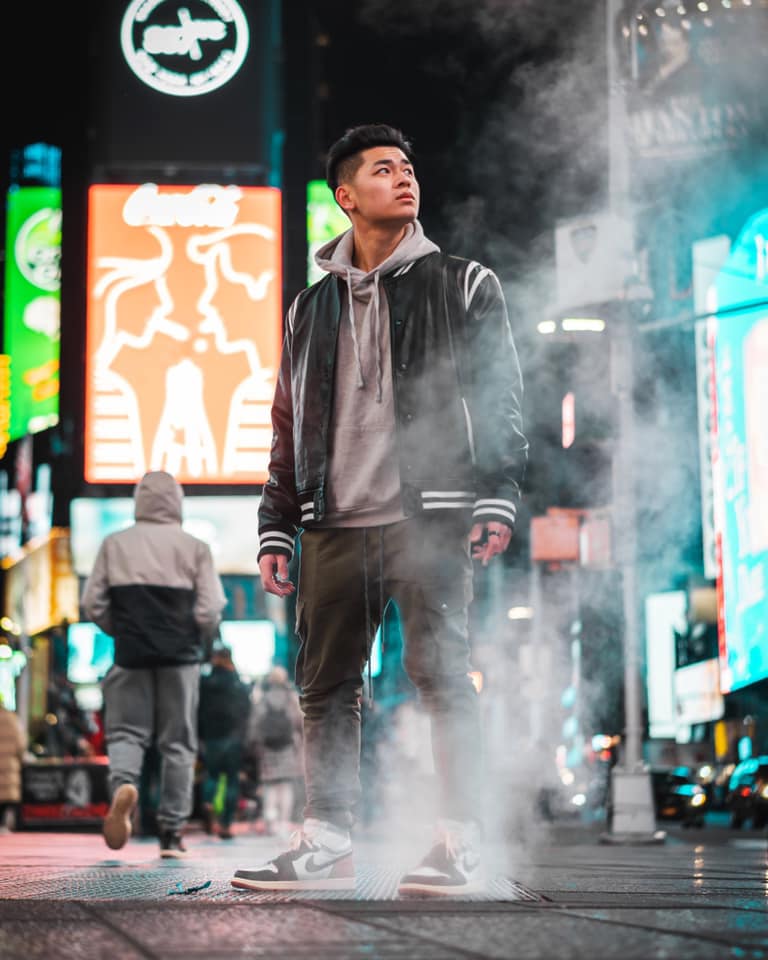 From the quick editing to the humor to slightly more fashion forward outfits, how channel has a really unique vibe.

Johnny covers topics like how to wear cargo pants and hoodies, basic streetwear styling and self-improvement.

His stuff is definitely geared toward the younger man. I’m not saying older guys won’t enjoy the channel, but if you’re in high school or college, you’ll feel like Johnny is speaking directly to you.

Johnny is 5’7” and, in the same way he approaches most things, his philosophy is to suck it up, stop complaining about your height, and make the most of what you got.

I love this outlook, and I definitely recommend checking out Fly With Johnny Thai.

I hope you enjoyed this list! Who did I miss? Let me know in the comments…