In this hands-on Public Rec review, I’ll share my thoughts on whether or not this popular athleisure brand is worth your money. 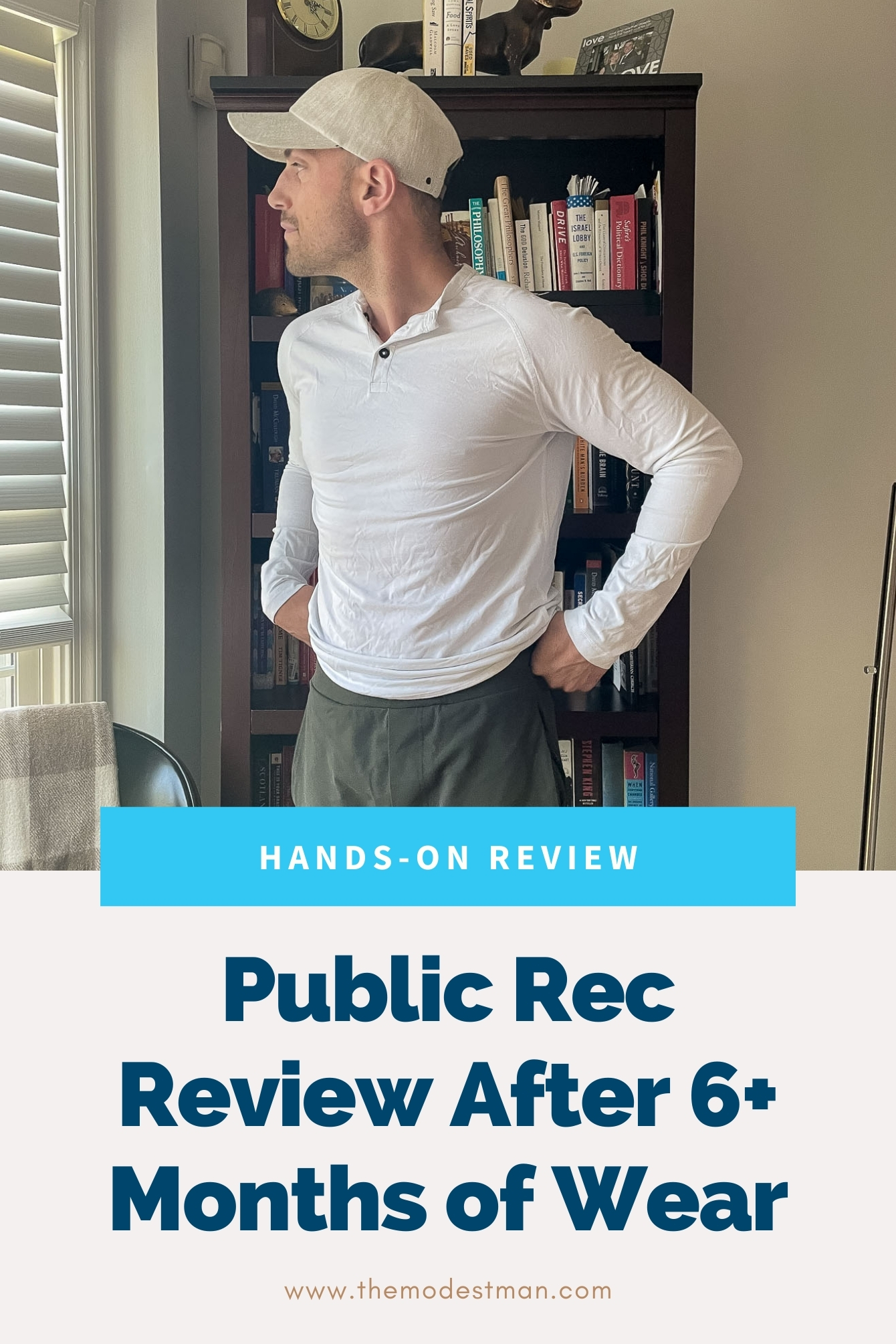 As I’ve been working from home for the last (seemingly endless) number of months, I’ve found myself replacing my denim or chinos with joggers and performance wear.

I figure it’s the most comfortable you can be without getting sloppy.

Public Rec makes elevated basics for the casual guy who still wants to look put together. Over the last six months, I’ve been testing a whole range of their products in a work-from-home environment.

So, what works? What doesn’t work? Ultimately, are these grown-up-track-pant-jogger-things worth it?

Read on for my full review!

Entrepreneur Zach Goldstein launched the brand on Kickstarter with the “All Day Everyday” pant.

It’s a blend of synthetic and performance fabric claiming to be as comfortable as a sweatpant, but with enough shape to wear out of the house without looking sloppy.

Goldstein started the project solo with the ‘ADED.’ But, as the company has grown, they now offer a full range of tops, bottoms, and light outerwear for both men and (recently) women.

The ultimate goal is to be as comfortable as possible without sacrificing fit or polish. Ideal, perhaps, for a WFH new normal.

What I Picked Up

Public Rec was kind enough to send over a number of items for testing. I got the:

Let’s take a closer look at these items…

“Quality” and “polyester” don’t usually find themselves in the same sentence; but, well, they just did.

Stitching is even throughout. While I’m not a textile engineer, the materials are noticeably superior to a department-store gym pant.

The colors I chose fit the neutral palette I favor, so it’s very easy to style the pieces around the house.

These make fantastic first impressions. Each piece has a wonderful thickness, feeling much better than most of my gym pants. You can stretch things out and they snap back with that satisfying ‘thwack.’

But, as I’ve written about before for this site, a ‘review’ isn’t especially useful if I just try stuff on and tell you whether or not it fits and I like it.

Clothes should be worn, washed, and lived in for a number of months to really get a sense of what they’re like.

So, that’s what I did. For six months.

After six months of wear…

After wearing Public Rec for six months in a work-and-parent-from-home environment, I believe they’re fantastic.

Every item fits my body type (5’7.5″, athletic build) wonderfully. I did have to take a straight fit in the ADED pants, because a slim really squeezed my thighs and calves. 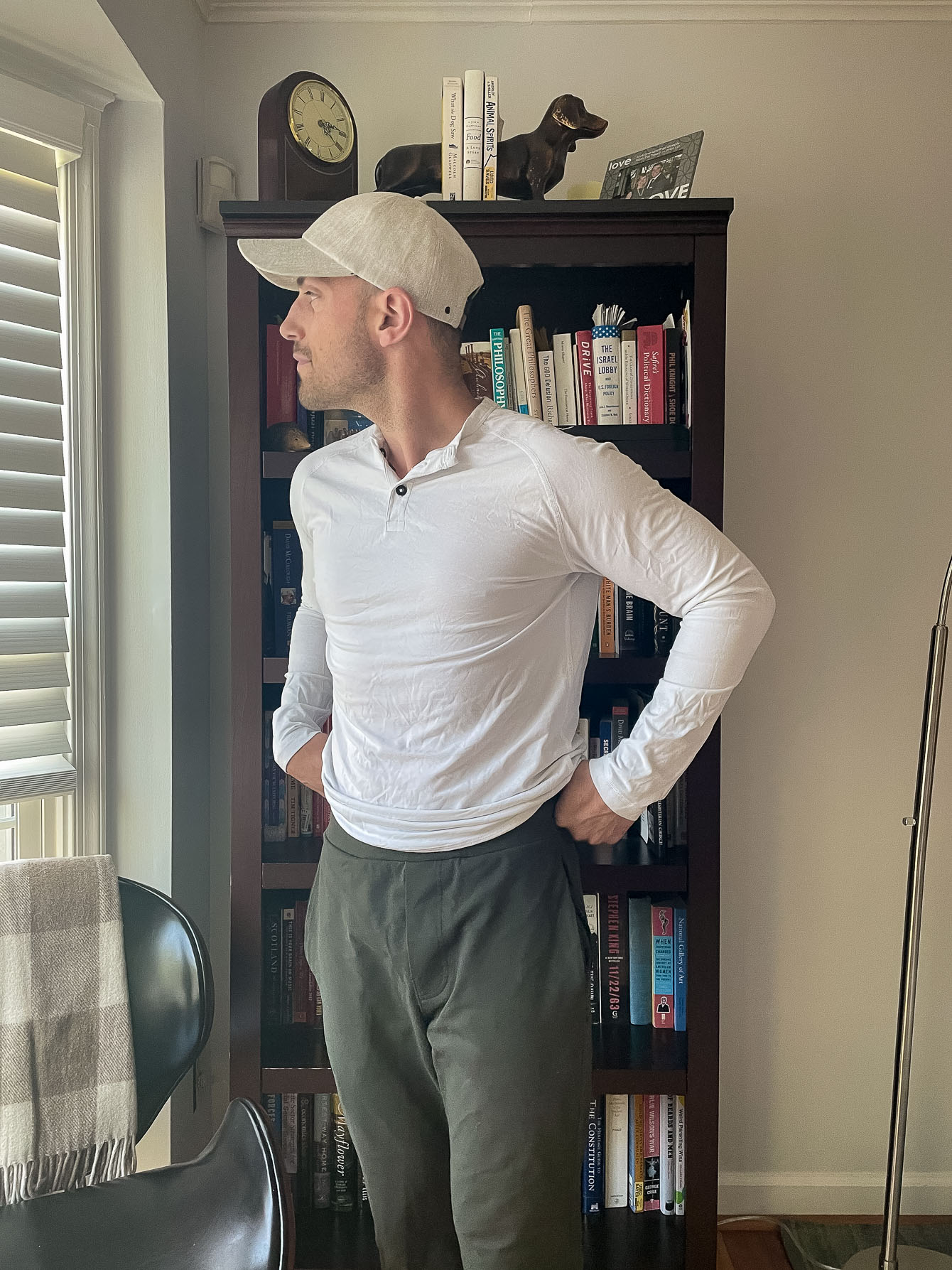 I’ve worn both the ADED pant and joggers while logging 12 hour days at a high-stress job. They became my go-to on the weekends, when I was still fielding work calls.

I’ve worn the ADED pant and t-shirt on a 10-hour road trip, because they were the best things for the job. I’ve also worn the t-shirt to the gym a few times, and haven’t experienced any significant odor retention.

The fabric has also held up remarkably well. Polyester, even from brands charging a premium, has a nasty habit of pulling, pilling, and fading.

With one exception on the seat of the ADED pant where my dog scratched with her paws, these have taken a beating and survived. The henley has held up well too.

I’ve washed and dried each item at least ten times. If you wash on cold and dry on delicate, the color will hold and you shouldn’t run into any shrinking problems, either.

I’ve worn the joggers and ADED pants at least twice a week over the last six months. But, I’ve rarely worn them out in public for a significant period of time other than to drop my daughter off at day care. 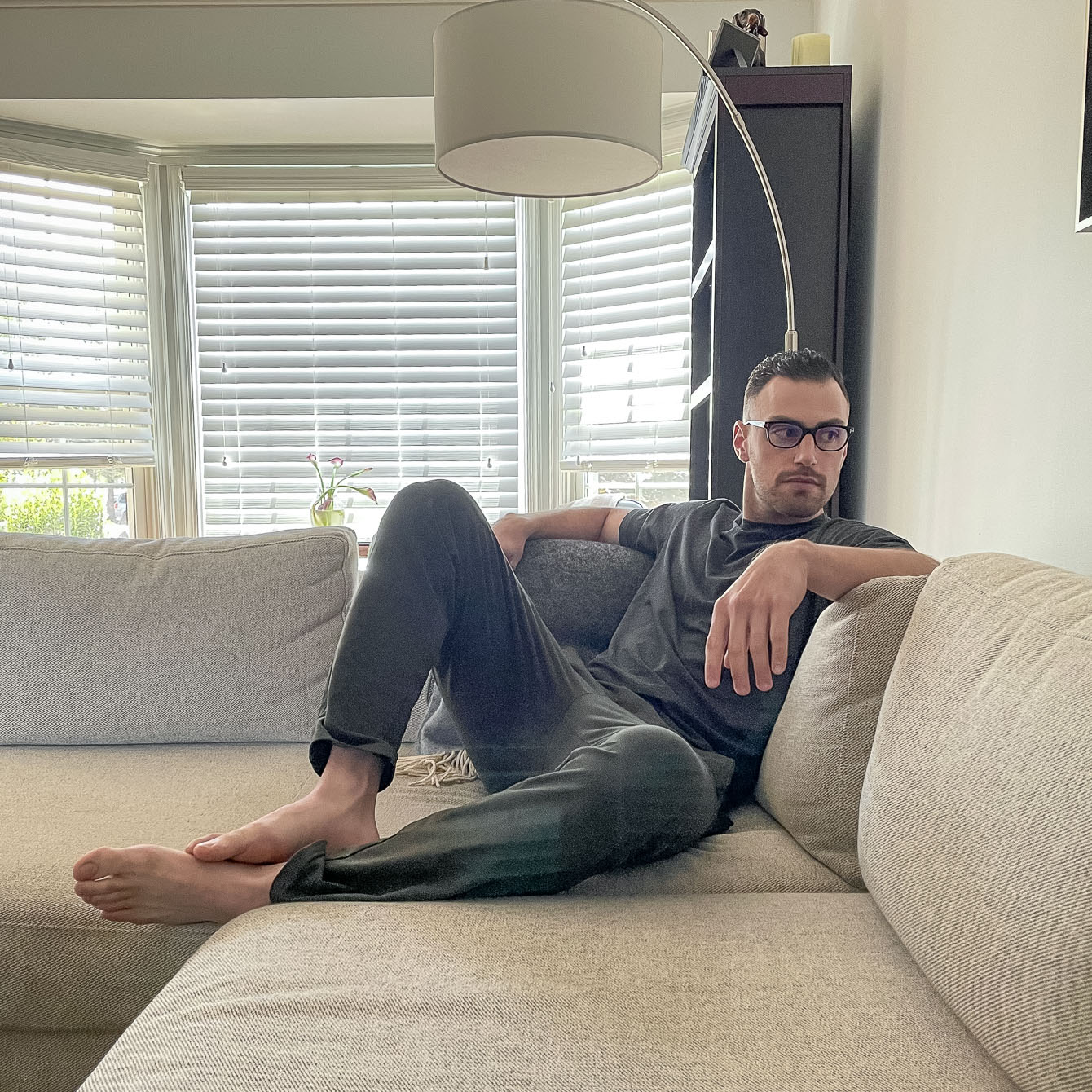 Perhaps it’s just my style, but I find them a little too casual for most social gatherings. And, certainly too casual for any kind of office environment. Chinos or some fitted denim would be a better option.

However, Public Rec offers a “workday” pant which might find the happy medium.

The same goes for the jacket. It’s phenomenally comfortable for lounging around the house. I do like the collar as well- it’s an elevated casual that’s done well in a few Zoom calls.

But, I wouldn’t put it on over an Oxford.

Is Public Rec Worth the Money?

First, I’ve gotten a ton of use out of nearly every item I was sent. I’ve genuinely worn these a few times a week and find myself coming to them time and again.

They’ve held up fantastically well. From a cost-to-use ratio, these are actually fairly reasonable.

Second, Public Rec will run 20% sales. While still far from cheap, finding them at a discount from MSRP makes it much more palatable.

Public Rec, then, is worth it from quality, price, and performance. And, if your goal is to buy better, buy less, and create less clutter, having a pair of Public Rec pants might just encourage you to finally donate those well-loved sweatpants from college.

Here are answers to some of the most frequently asked questions about Public Rec:

Most of Public Rec’s clothing does not shrink because they’re made from synthetic or synthetic blend fabrics. Some of their pieces, like their t-shirts, contain mostly cotton, which will shrink slightly with high heat washing and drying.

Zach Goldstein, a former investment banker, is the founder and former CEO of Public Rec.

Where are Public Rec Clothes Made?

Public Rec is headquartered in Chicago, IL (USA); their products are made in Peru, Indonesia and Thailand.

Tony is a market research professional by day and a style writer by night. He also enjoys working out, craft beer and spending time with his wife, daughter, and dog. You can follow him on Instagram.