When you search the internet for style advice, you often find a list of rules.

Always wear this. Never wear that.

It can start to feel a bit prescriptive and overly rigid.

Yes, many of these men’s fashion “rules” exist for a reason, and there’s at least some truth in most of them. But many style rules aren’t meant to be followed religiously, and some are simply outdated and no longer relevant.

I’m not saying you should ignore the rules. Learn the rules, understand why they exist, and then feel free to bend (or break) them.

Here are 10 style rules to break:

Some menswear purists swear black shoes should be reserved for formal events, and brown shoes are too casual for dress occasions like business meetings and weddings.

It’s true that some formal events require a strict black tie dress code, and sometimes black shoes are the only good option. For example, if you’re wearing a black suit or tuxedo, you need to wear black shoes. 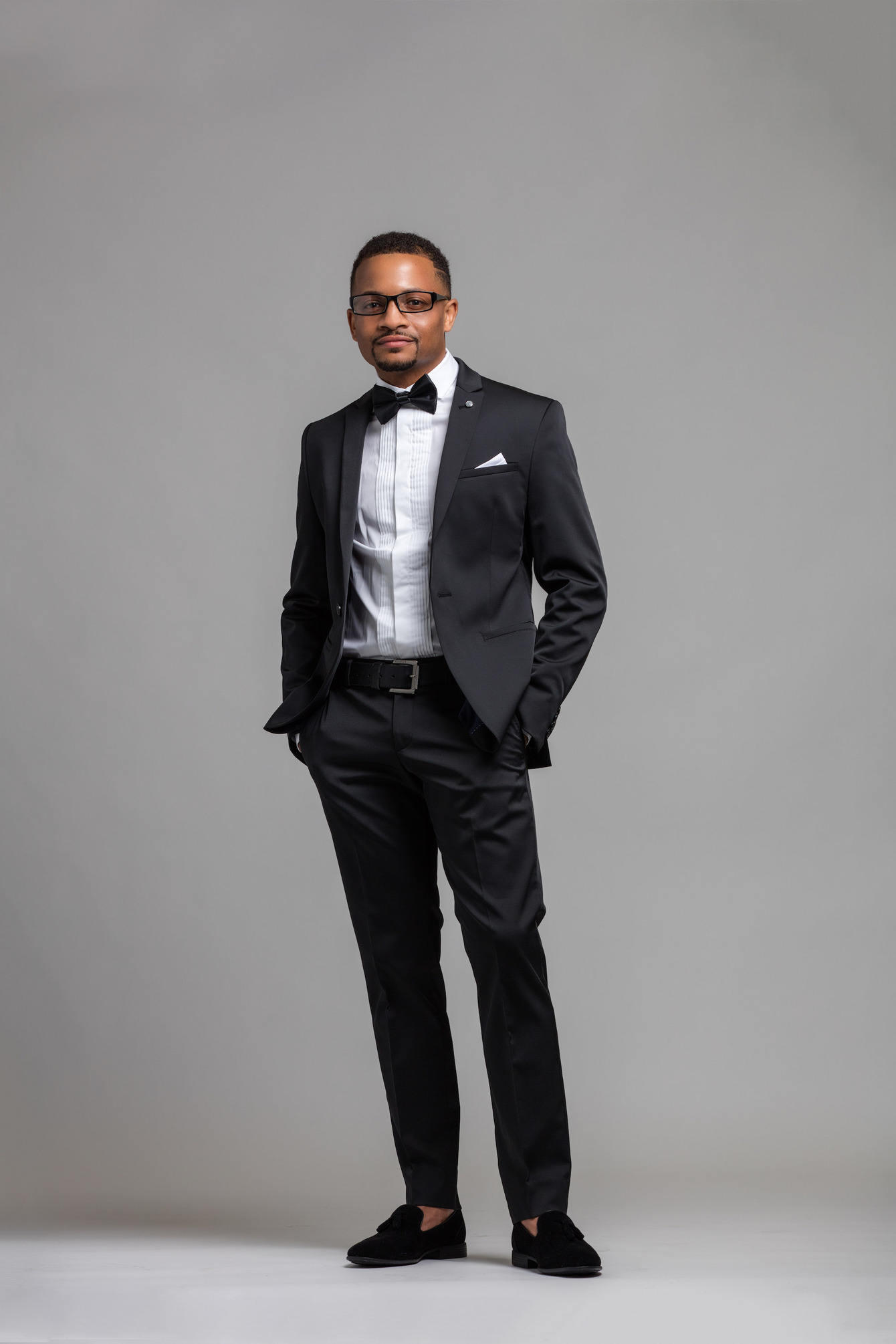 But if you’re wearing a blue or grey suit to a job interview or wedding, you can definitely wear brown shoes.

Even in formal business meetings full of people in charcoal suits, brown shoes are totally fine.

On the other hand, black shoes can be worn casually – everything from black bluchers and boots to black leather .

Depending on the overall color palette of your wardrobe, black shoes might be your best option.

Here’s another common misconception that truly stylish men ignore. I hear it all the time:

It’ll look like you got dressed in the dark.

Black and blue isn’t the easiest combination to pull off, but when it’s done right, it looks downright elegant.

For example, a true navy suit with black Oxford lace ups is an extremely sharp look.

Similarly, a midnight blue tuxedo jacket with black shawl lapels will set you apart in a sea of black tuxes in a subtle but powerful way.

On the casual side, you can wear a black shirt or black shoes with dark blue denim (or vice versa). 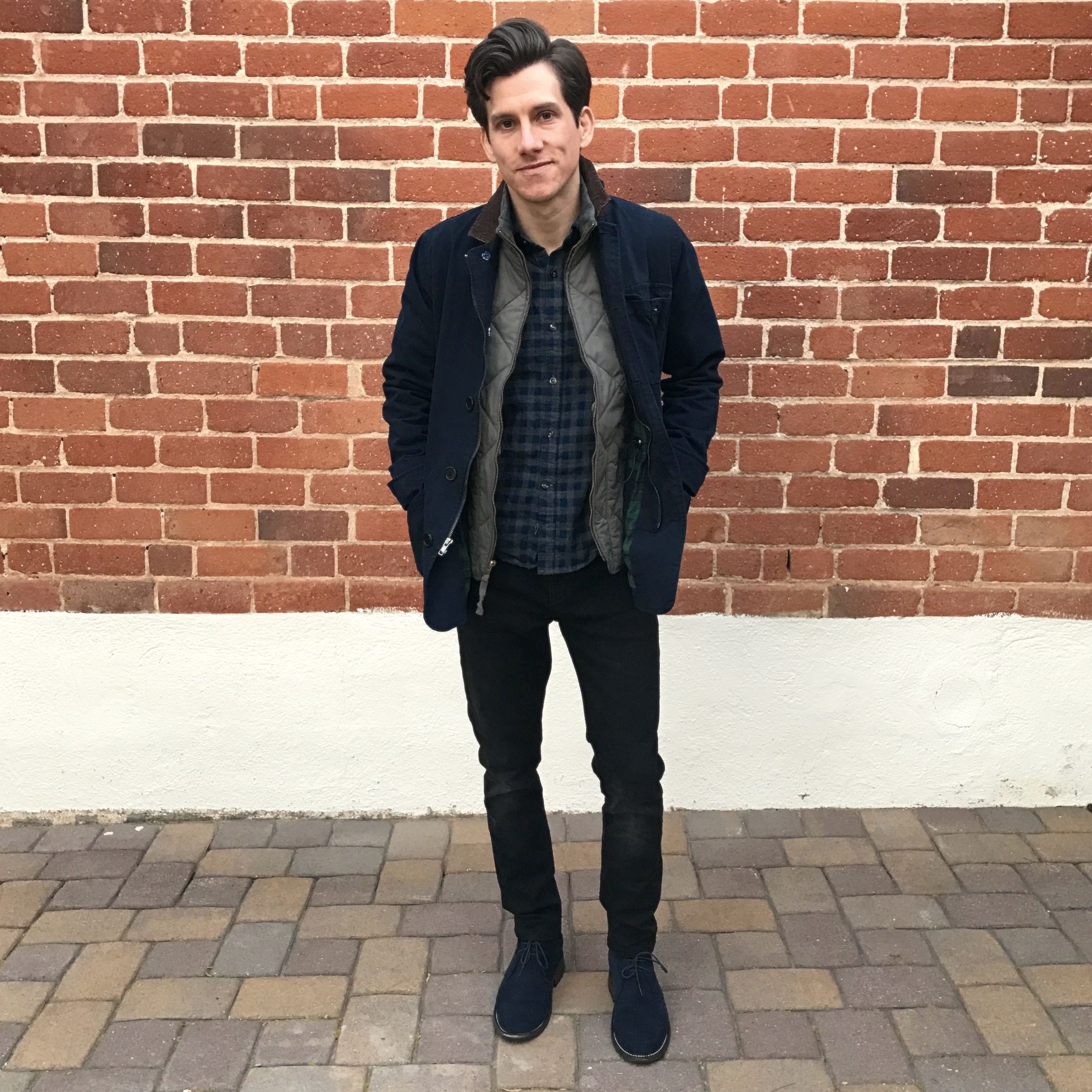 Rule #3: You Must Match Your Metals

You’ve probably heard people say that your metals have to match, right? In other works, if you’re wearing a sport watch with a silver bracelet, your belt buckle better be silver too, or else you’ll be publicly shamed by a gang of StyleForum elites.

First off, if you had to match every piece of metal in every outfit, you’d need two versions of everything, or you’d have to pick one type of metal forever (silver or gold).

What if you wear a platinum wedding band? Does that mean you should let your gold watch collect dust in the drawer?

No way! You can definitely mix metals, and I actually think it leads to a much more interesting look, especially if you don’t wear a ton of accessories.

Don’t overthink this one. Trust me.

Rule #4: Your Shoes and Belt Must Match

What if you love olive suede driving mocs? Does that mean you need an olive suede belt to wear with them?

No, definitely not. In fact, I think following this rule often leads to an overly “matchy” look, as if you’re trying too hard not to make any mistakes.

The truth is, your belt and shoes should look good together, but that doesn’t mean they have to match. If you’re wearing brown leather shoes, try to wear a brown leather belt too (instead of black).

But if you don’t have the exact right shade of walnut, or if you only have black, that’s fine.

Also, if you don’t want to mix brown and black, try to go with a complementary color instead. I get a ton of use out of different colored belts, such as navy, grey and olive.

These colors go with brown or black shoes, which makes them way more versatile than most guys realize.

Rule #5: No Notch Lapels On a Tuxedo

I’ve read so many red carpet critiques where celebrities are chastised for wearing a tuxedo with notch lapels.

Sure, maybe they don’t know what they’re doing, or maybe they just hired a stylist who wanted to work with a non-traditional designer.

My reaction to this is: who cares?

Sure, tuxedo jackets traditionally had shawl or peak lapels, and this detail sets them apart from many suit jackets and sport coats.

But so what? Things change, and if someone wants to put notch lapels on a tux, there’s nothing wrong with that.

It makes the outfit a bit less flashy and more contemporary, which isn’t a bad thing.

Rule #6: No Graphic Tees, Ever

I usually agree with this advice. Most beginners who are just getting into style would do well to drop their graphic tees from college off at the thrift shop, opting for solid color shirts instead.

But I don’t agree that graphic tees should be hunted down and burned, Salem Witch style. There’s a right way to wear graphic tees, and it can be a cool look when done properly.

That said, I personally don’t wear graphic t-shirts anymore because I prefer a more minimal aesthetic (okay, I do sometimes).

Rule #7: No Logos or Branding

Similar to the graphic tees rules, many people believe you should avoid any visible logos or branding on your clothing. 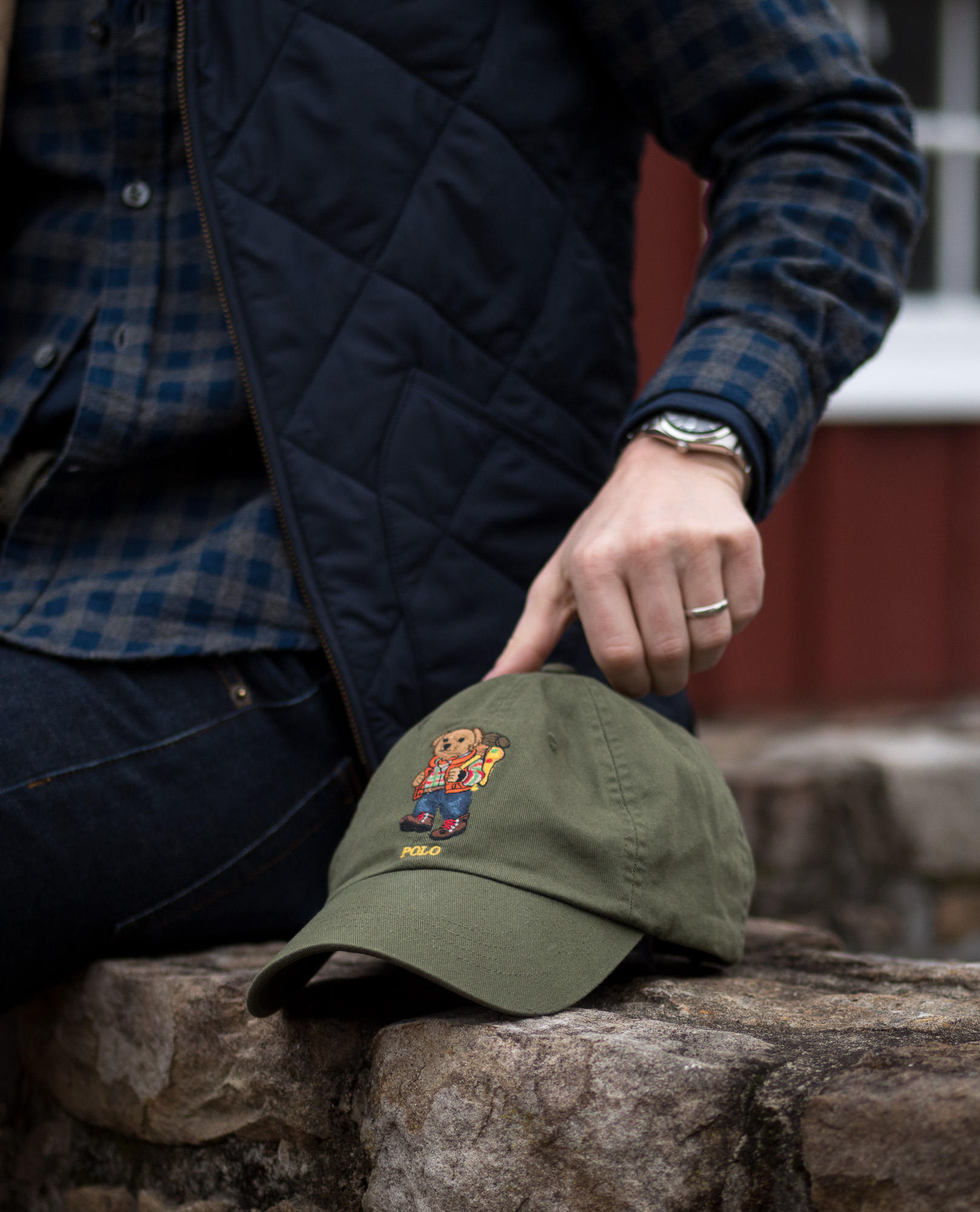 Again, I tend to agree, but I think some branding can look cool in small doses. For example:

Just like with graphic tees, you have to use branding and logos in small, intentional doses.

Personally, I’d never want more than 1-2 visible logos on my body at any given time, or else I start to feel like a billboard.

Rule #8: No Button Down Collars With Neckties

Here’s another rule you hear people repeat over and over, often without any thought as to why it’s true (or not true).

I’ve even heard people say things like, “I wouldn’t be caught dead in a button down collar with a suit.”

The truth is, it’s just a more casual look. It probably won’t look great with a traditional business suit, complete with shoulder pads, and a full Windsor knot and black Oxfords.

But with a four in hand knot or Prince Albert knot, an Oxford shirt, soft jacket shoulders and loafers? The button down collar is going to look right at home.

This is actually a great rule, and I abide by it 90% of the time. What we’re trying to avoid is the dreaded crew-neck-under-a-dress-shirt look.

It really does ruin an otherwise great outfit.

But there are certain times when a visible undershirt looks good. For example, when you’re layering two crew neck shirts on top of each other:

Whether it’s a crew neck tee under a sweatshirt or sweater, or two tees together, this can be a cool look. It adds some depth and contrast to an otherwise simple outfit.

This also works with open (or partially open) button up shirts. For example, some guys look great in a t-shirt under a short sleeve button up worn open:

My point is, this rule is a “rule” for a reason. It’s to avoid the unintentional visible undershirt – a mistake so many men make every single day.

But the rule can definitely be ignored in certain situations, as shown in the above examples.

Many purists argue that if your pants have belt loops, you have to wear a belt (even if you don’t need one to hold your pants up).

Personally, I like the clean lines that a beltless look creates, which is why all of my dress pants have side adjusters instead of belt loops.

But even with casual pants, I almost always skip the belt if it’s not actually functional/necessary. Shirts lay flatter against my body. It’s one less step in the bathroom. It’s more comfortable. It’s a cleaner look.

I don’t see any downside, but feel free to defend your love of belts in the comments section below 😉

What rules do you break?

When it comes to fashion, you definitely don’t have to follow all of the rules.

Heck, it might even feel good to bend and break them every now and then!