Home / Clothing and Style / Why Are These 6’2″ Fashion Models Wearing Size Medium?

Ugh..this is so annoying. Do you feel my pain? Allow me to rant…

A while back I expressed my frustration with the clothing industry in this post:

Why Does the Clothing Industry Hate Short Men?

To date, it’s still one of the most popular blog posts on this site. I think that’s because every short man has felt underserved and ignored by major retailers at some point in his life.

Most of us still feel that way, and rightfully so!

Much of my life is dedicated to finding the best clothing for men of modest height. I try out new brands all the time. I research and write about style every single day.

But I still get frustrated when I find a new shirt that I like, but then see this:

Um…what? I must have misread that. There’s no way your 6’2″ model is wearing a medium, right? Of course not. It must be some sort of mistake.

A 6’2″ man is at least four inches above average height. So why are all these 6’2″ models wearing medium-sized shirts?

And it gets worse.

This 6’3″ BOSS model is built like a freaking pine tree. His body type is so far from the middle of the bell curve, it’s not even on the chart.

This man in anything but average. He’s nowhere near a representative sample of the human male form.

By anyone’s definition of the word, he is not a medium sized man. He is a large man, maybe even extra large. 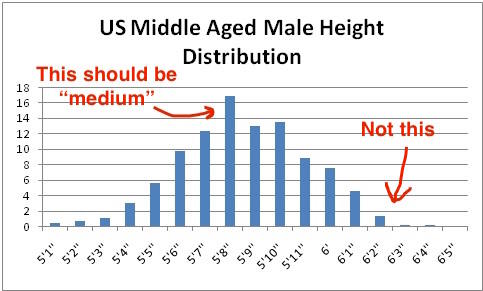 Yet he looks pretty damn great in this “medium” shirt made by Hugo Boss.

I don’t use profanity here but WHAT THE F?!

Speaking of wtf, why do XS sweatpants from H&M have 31″ inseams? 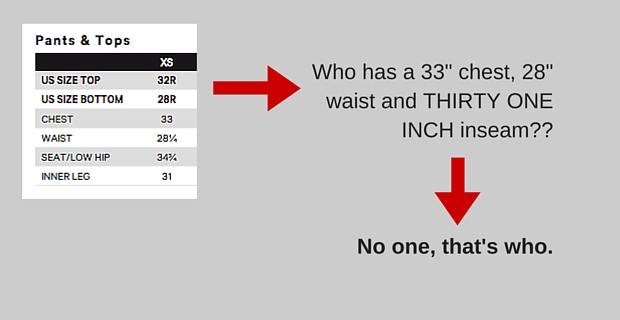 And why is L.L. Bean making shirts for giants?

Maybe they took a page from GAP’s playbook?

That’s right: this 6’4″ customer bought a medium because the large was “too big and too long”.

Not to mention the fact that GAP doesn’t even make short sizes – just tall sizes that are too long for their 6’4″ customers.

Gentlemen, what the hell is going on here?

We – short men – are being overlooked by the clothing industry.

And shorter gents have it worst. While many major clothiers go out of their way to cater to extra tall or large men, almost no one considers men who are shorter or smaller than average. 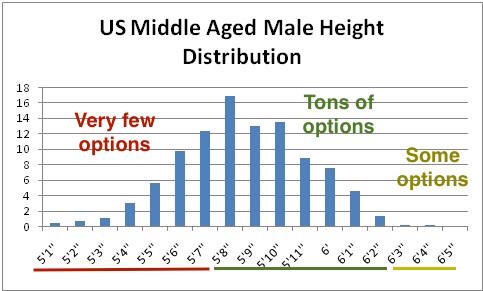 Shame on this industry for catering to the masses and ignoring us (especially you, L.L. Bean…I don’t even want your duck boots – we’re done).

But there is hope! Speciality brands that focus on men of modest height have been emerging slowly over the past few years.

I’d like to take a moment to applaud companies like Peter Manning for their work. I hope these brands and the people behind them find all of the success they deserve.

In the meantime, support the brands I mentioned above, and if you need to vent, please do so in the comments section below.