This is an unsponsored, long-term review of Blundstone Classic 550 boots after wearing them for nearly two years. 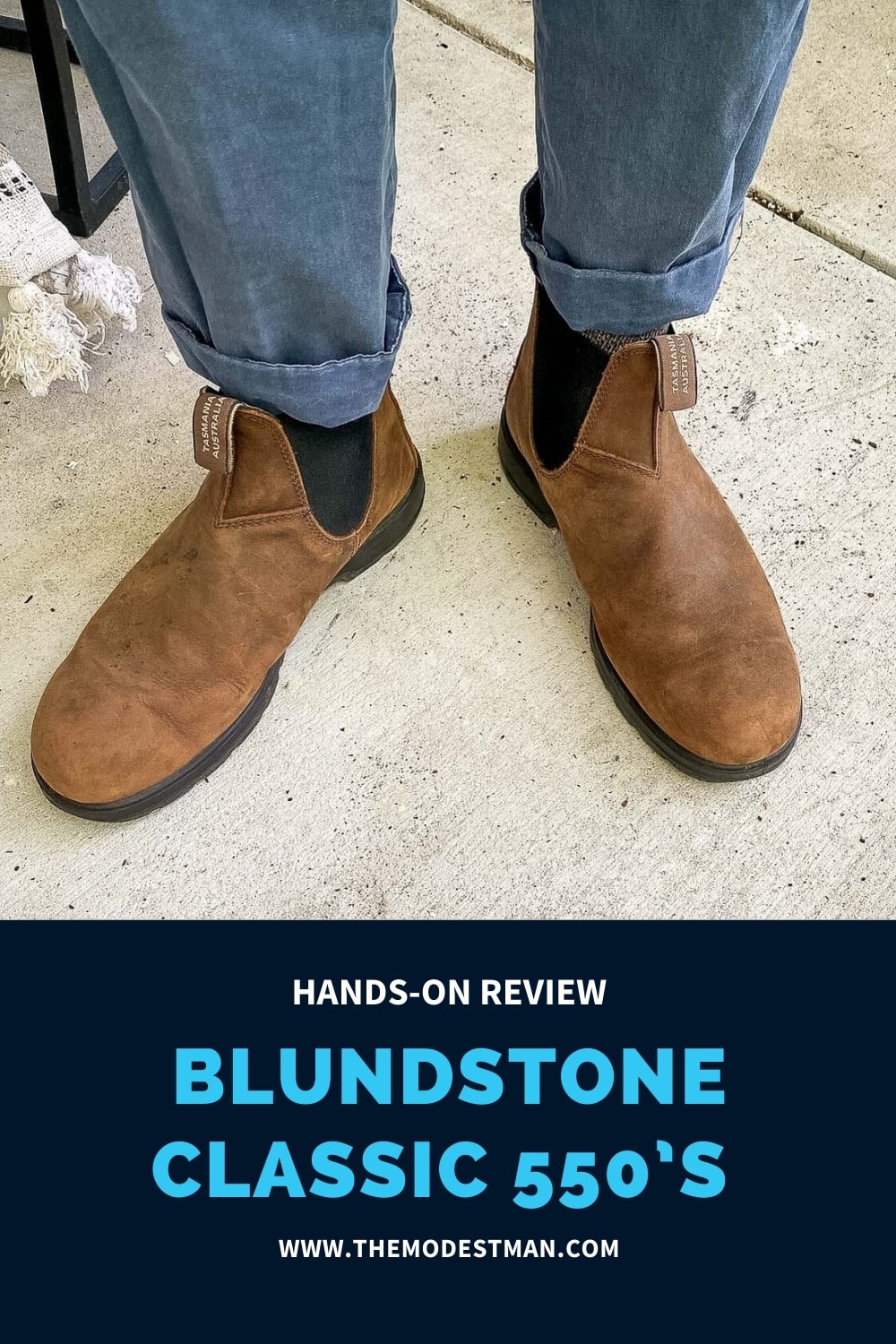 If you’ve been researching Chelsea boots, you’ve probably heard the name Blundstone. There are tons of great Chelsea’s on the market, but Blundstones have been very popular for a long time.

They’ve become increasingly popular, especially in the last year or so, but are they worth the hype and the price? This review aims to answer that question.

You’ll probably want to add an additional insole for more comfort (luckily they come with one), but overall they’re great for walking or light hiking and will last you years if you take good care of them.

These casual boots are stylish, comfortable and come in a variety of colors. Mine are the antique brown color.

Like every boot, there are some cons. First of all, keep in mind is that while Blundstone’s are known to last for years, they aren’t Goodyear welted which means they’re not an easy boot to resole.

Also, the leather is water-resistant but not full-on waterproof. If you want waterproof Blundstones, their thermal boots are your only option.

About Blundstone: An Australian Company?

Blundstone is a company from Tasmania, Australia that’s been making boots since the late 1800s. They make rugged, durable boots with a timeless look.

Note that while Blundstone is an Australian company, they have six manufacturing sites around the globe. While some of the boots are made in Hobart, Tasmania, some of them aren’t. 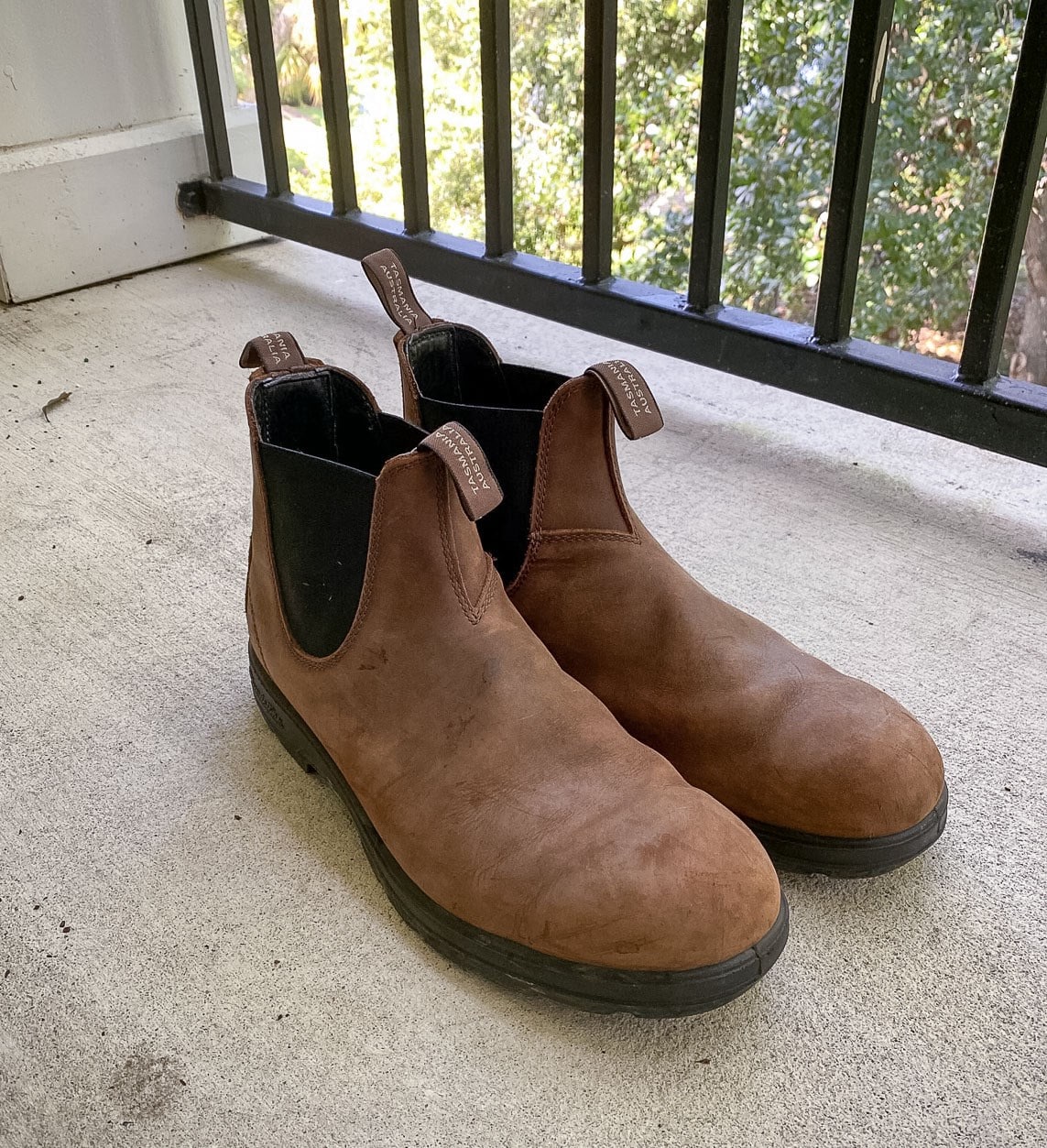 It’s not easy to find precise information about which boots are manufactured in which countries, but it is well known that they started producing boots in Asia in the mid-2000s.

Don’t fret! I can assure you that even if they aren’t made in Australia, Blundstone makes high-quality boots that are worth the price.

Overview of the Blundstone Classic 550 Boots

Now, for the boots themselves. The Blundstone Classic 550’s are a very popular offering from Blundstone and for good reason. They have the same look as the Blundstone Original 500’s, but boast more comfort, partially due to the additional shock absorption.

Because they’re a Chelsea boot, they feature pull tabs instead of laces. The pull tabs feel extremely sturdy. After nearly two years of wearing them, I haven’t had any issue with them. 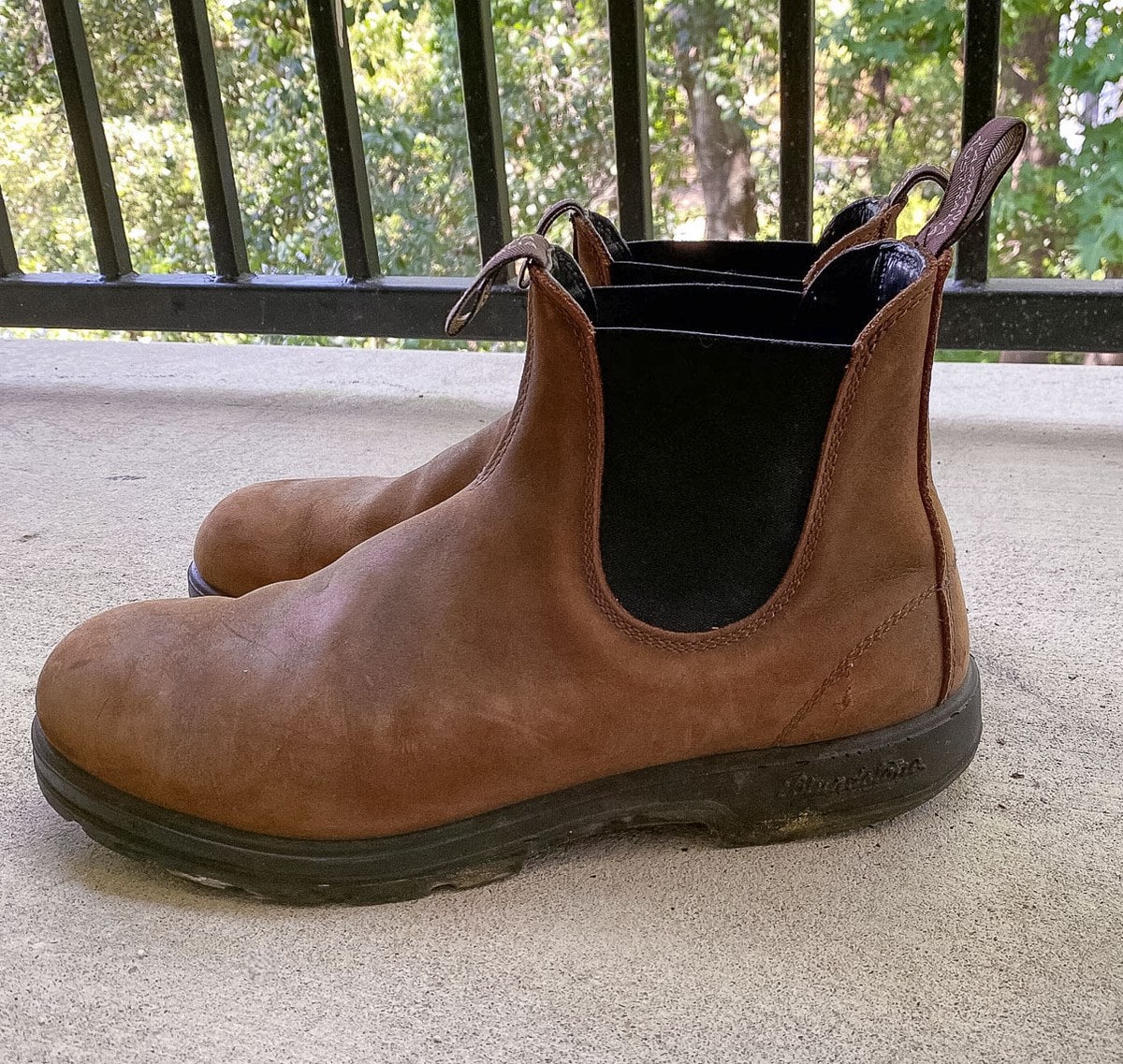 These boots are made of leather, but which grade of leather isn’t mentioned on the Blundstone site. They use terms like “premium” and “supple” to describe the leather, but theres’ no mention of descriptor words like full-grain, top-grain, split-grain, suede, etc.

What I can say is that the Classic 550’s feel very high-quality and have held up extremely well after close to two years of wearing them almost every day.

When To Wear Blundstone 550s and How To Style Them

In my opinion, Blundstone 550s are the perfect mix of rugged and nice. They have a utilitarian vibe, but not to the extent that they’re unfashionable. In fact, these boots have landed me more compliments than any other pair of footwear I’ve ever owned.

They look and feel great when I’m walking, working, running errands, at the beach, hiking or on a date with my girlfriend. I really have to hand it to Blundstone for making a boot that works well for so many different occasions.

That being said, one situation I probably wouldn’t wear them in is a formal one. You can dress up the 550s by wearing them with a smart casual outfit, but you may not want to wear them with a suit in a formal setting.

Personally, I usually wear my Blundstones with navy chinos or even *gasp* navy chino shorts. The antique brown leather perfectly suits navy pants, but I’ve also worn them with khakis and jeans. 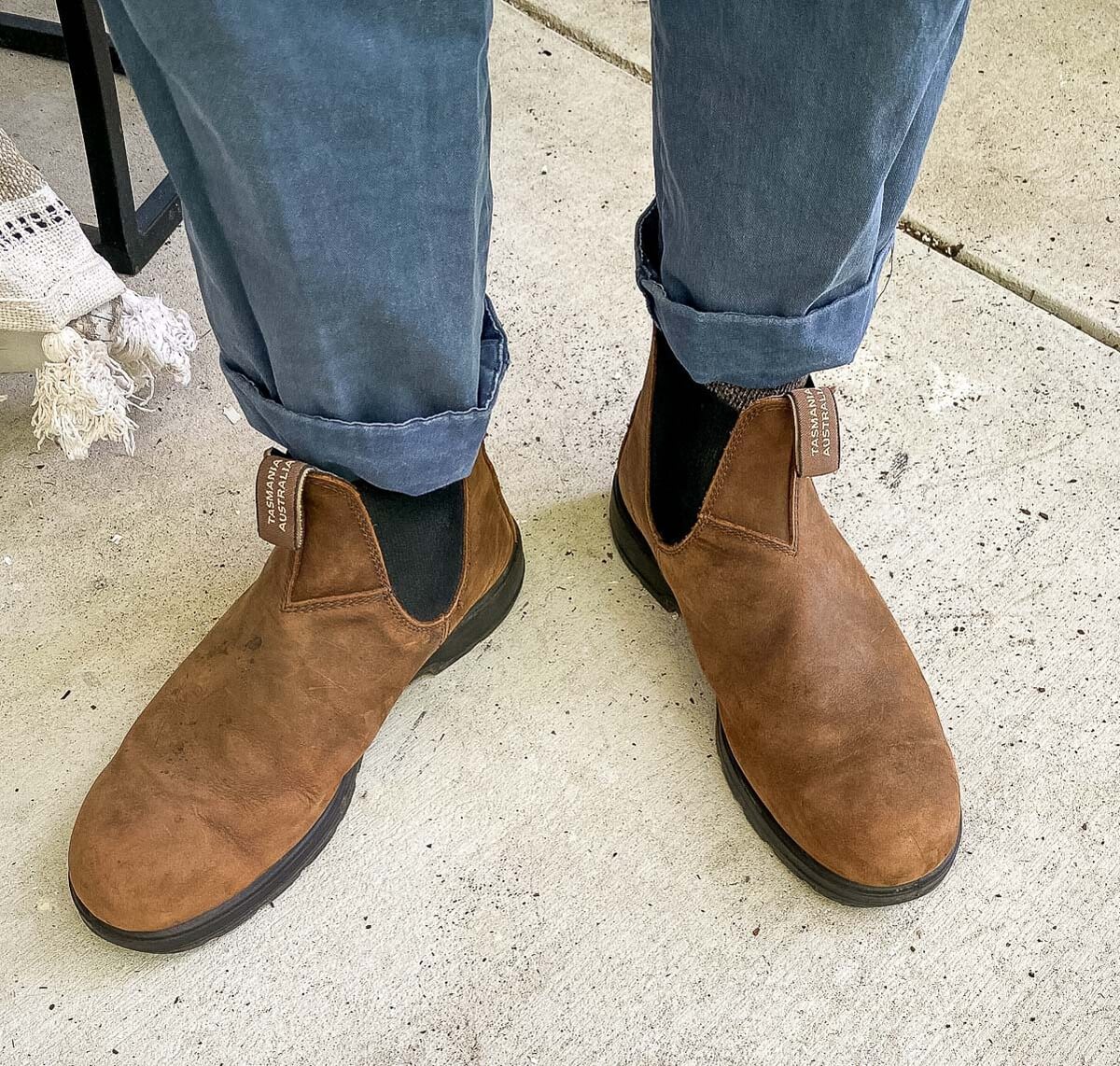 The Blundstone Classic 550s come in various shades of brown and black and even have grey, blue, red and green options.

It’s great to have several colors to choose from, but if you want a pair of boots that will match pretty much anything, I’d stick to a black or medium to dark brown pair. Check out the Blundstone site to see all of the colors they offer.

Recommendation: Are They Worth the Price?

To me, it’s not a big deal that these boots aren’t waterproof. They’re water-resistant which is probably good enough for most people. For a little extra protection, I did spray them with Kiwi Boot Waterproofer.

The biggest con with the Classic 550’s is that they aren’t Goodyear welted. That means that they’re a bit trickier to resole. If you end up needing to resole them, you may have to do some searching for a cobbler with the know-how to do it.

The good news is that they should last for years and have a great cost-per-wear, even if you don’t get them resoled.

Overall, The Blundstone Classic 550’s are a sturdy boot that’s worth the price of ~$200. The quality is great, and they’re pretty comfortable, even after wearing them all day, especially if you add an additional insole.

Here are the answers to some questions you may have about Blundstone:

Is Blundstone an Australian Company?

Yes, Blundstone was founded in Tasmania, Australia, but some of the boots are made in Asia.

Yes, Blundstone’s are made with real leather, though the grain of the leather isn’t mentioned on their site.

No, Blundstone 550’s are water resistant but not waterproof.

Graham is a writer and the Director of Operations at The Modest Man. He aims to create, manage and share helpful content.