In this detailed, hands-on Anson Belt review, we’ll talk about our experience with holeless belts and let you know if Anson belts are worth buying.

Quick note: This review was originally published in July 2016. It’s been updated to reflect Anson Belt’s more recent product offerings, and to include additional thoughts after wearing these belts for a few years.

Anson Belts are now available to purchase on their website or from Amazon.

Many men are making the switch from traditional belts to holeless belts (often called slide belts).

Why, you ask? Here are four reasons you might prefer a belt without holes:

If this is a new concept for you (as it was for me when I first discovered Anson Belt & Buckle), you’re probably wondering how these belts actually work.

Let’s dive into it…

Belts With No Holes

Sometimes called slide belts or ratchet belts, holeless belts are – you guessed it – belts with no holes.

These no hole belts have grooved tracks that run along the inside of the belt strap. 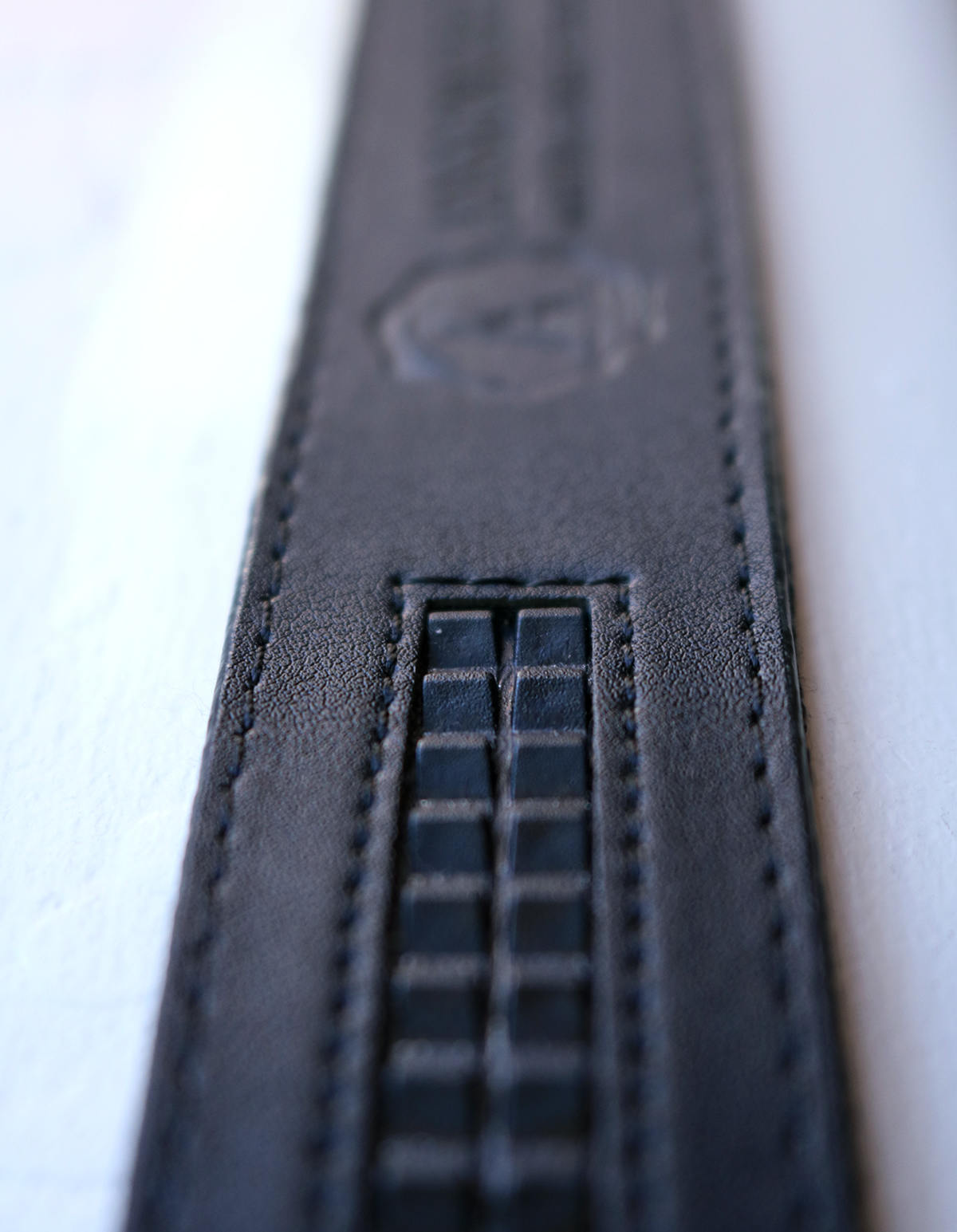 The belt buckles have ratchets that slide along the track and snap into the grooves. 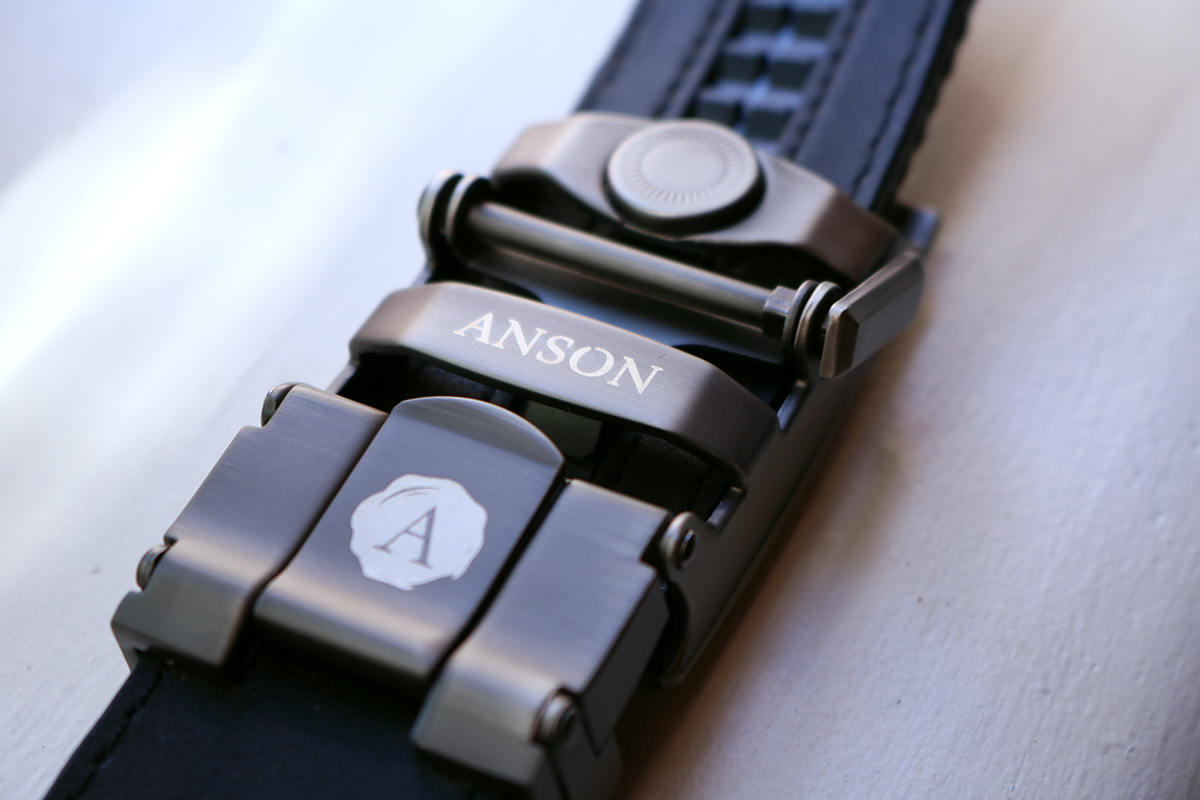 To loosen or unbuckle a holeless belt, you just press a little release lever on the back of the buckle.

You don’t have to yank back the end of the belt to loose or unbuckle it, which is what causes even the strongest leather to crease, crack and tear over time.

The only drawback to this sort of belt is how thick the buckle is. While these buckles are available in an endless variety of colors and styles, they’re all a bit thicker than traditional belt buckles.

You know how a belt buckle will sometimes protrude underneath a very thin shirt, like an extrafine merino wool sweater?

This effect will be eve more obvious with a thicker buckle. And, in my opinion, this inherent bulk makes holeless belts more casual and harder to wear with suits.

That said, most men who give slide belts a try really love them, mostly for the micro-adjustability. So if you haven’t tried one on, you might want to give Anson a shot!

The company was founded by Frank Ferree, a man who was sick of punching new holes in all of his belts to get that perfect fit.

After discovering a holeless belt while traveling overseas, he decided to perfect the design and start manufacturing them himself. 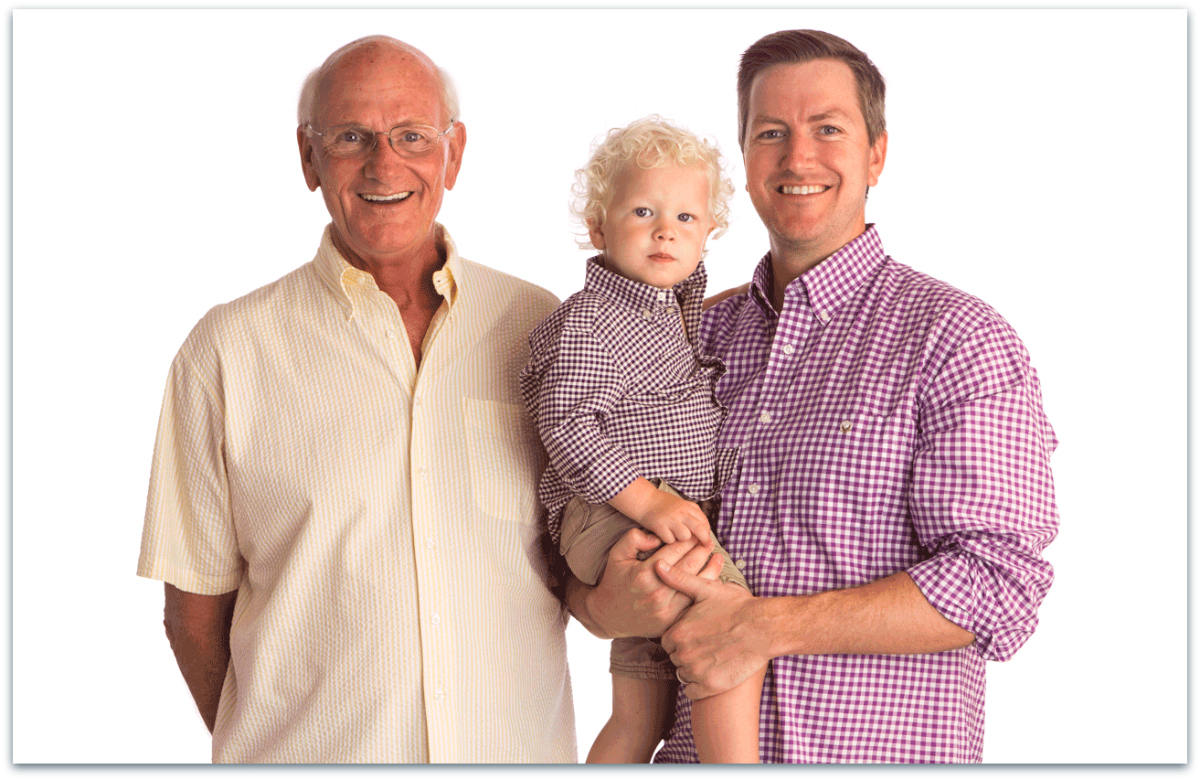 His son, David Ferree, helped him launch the company in 2009, and they’ve been growing steadily ever since.

These days, there is more competition in the ratchet belt arena, but Anson takes pride in making what they believe to be the highest quality holeless belts on the market.

To back this up, they offer a lifetime guarantee on all of their belts.

The Belts (and Buckles)

Back when I originally wrote this review, I also partnered with Anson Belt on an unboxing video.

If you want to watch me unbox some brand new belts and shorten them down to size, here ya go:

Or, read on for more details about these innovative belts.

Unlike most traditional belts, Anson belts have detachable buckles. This means you can mix and match buckles and straps to create different looks.

So if you have five straps and four buckles, that’s 20 different belts!

I’m not saying you’re going to swap buckles every time you put on a belt, but the interchangeability is very practical.

During the day, you can be out on a boat with a flip-closure styled buckle paired with a nylon strap.

Later that evening, pivot to a chrome buckle and black strap for that fancy dinner.

In between, mix and match the casual buckle with a brown belt for your chinos, and coordinate the colors to match your other accessories.

In terms of quality, I wore two of my Anson belts religiously for about a year, and they held up nicely.

The only wear and tear I noticed was on the black buckle. Some of the black finish (paint?) wore off at the corners and edges of the buckle, resulting in a sort of patina.

Otherwise, these belts and buckles have held up wonderfully over the months and years.

Anson belts fit any waist up to 50″, and they can be cut down to your size. Don’t worry, it’s very easy and almost impossible to mess up.

I show you how to do this at the beginning of the Anson belt review video (see above or click the link).

The only thing you have to remember is to cut off the unfinished end of the belt.

I only have one small gripe about Anson’s current collection: I wish they carried a slimmer belt.

To be fair, though, some of their 1.25″ full grain leather straps have edge stitching that helps them feel a little slimmer and dressier.

But if I’m suiting up or even wearing a nice jacket and trousers, I prefer a lower profile, dressier belt strap and buckle.

Anson Belt hits that sweet spot between function and form, and their belts are reasonably priced for the quality.

Anson’s customer service and passion for helping people is top notch. They offer a 100% satisfaction guarantee which makes taking the leap all the easier.

Lastly, their boxed sets make excellent gifts at the right price point for friends and family.

When it comes to no hole belts, Anson Belt & Buckle is TMM’s brand of choice. Check them out on ansonbelt.com or on Amazon.

Do you wear holeless belts? Leave a comment below!