It’s a new year! You know what that means? It means you’ll accidentally write “2015” on everything you sign for the next two weeks…

But seriously, this is the perfect time to start fresh, and the best way to do that is by looking back on the previous year to figure out what worked – and what didn’t. 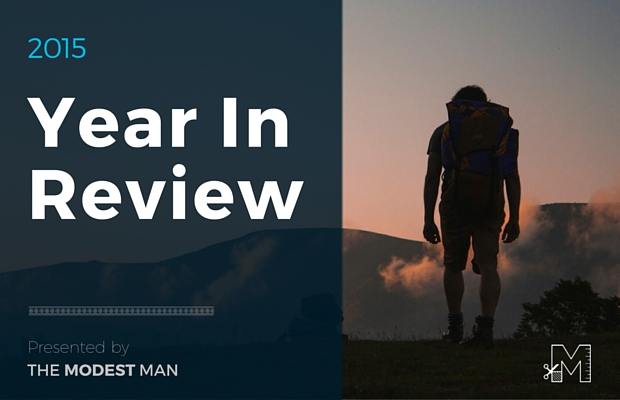 I hope your 2015 was full of joy, learning, creativity, progress and fun. Me? I had a great year! Here are some highlights:

➝ I left my day job to spend more time working on The Modest Man.

➝ I got to speak at StyleCon, an awesome conference for style enthusiasts and entrepreneurs (see a short clip of my talk right here).

➝ I got to write an article for one of my favorite websites, The Art of Manliness.

➝ Since running an online business is location independent, I got to travel a lot. My favorite trips were to Zion Park, Palm Springs, Montreal and The Bahamas. 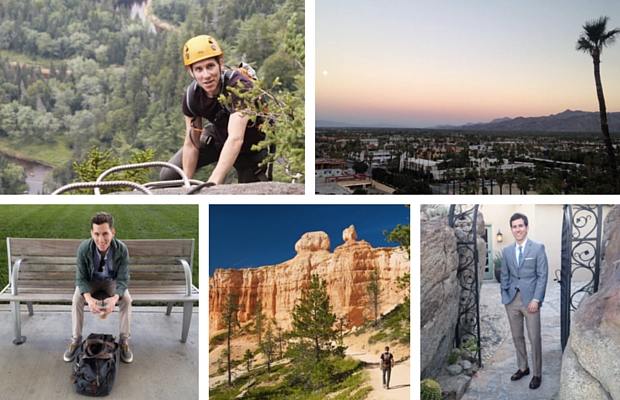 ➝ I created and sold a limited edition button up shirt.

At the end of Q1 2015, I wrote a post about how I make money blogging, then followed up with quarterly income reports for Q2 and Q3.

Rather than reporting on Q4, here’s an overview of the whole year: 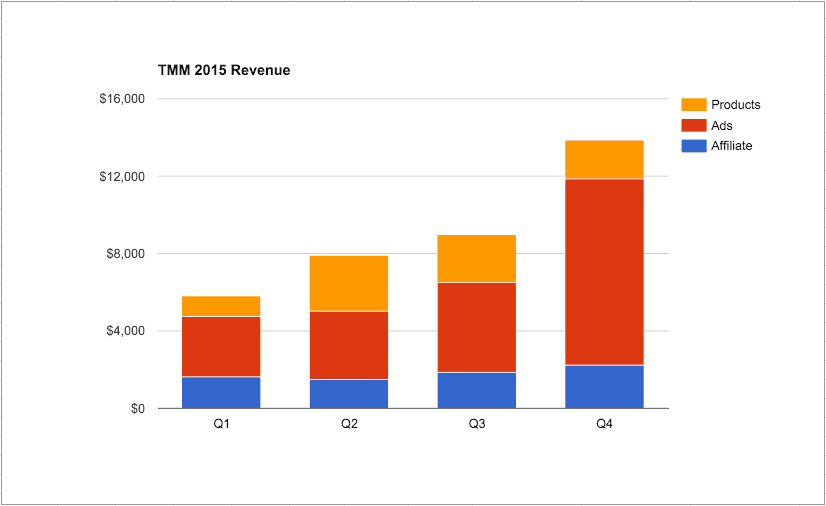 Don’t you just love the shape of this chart? Here’s a breakdown by category:

Keep in mind, this is pre-tax income. After taxes and expenses, this isn’t enough money to live on. Compared to last year, though, it’s a lot.

I started The Modest Man in April of 2012, and I was never sure that it would grow into a “full time” revenue source.

This year, especially the past few months, convinced me that it’s possible. 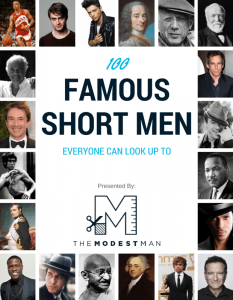 Of the 48 new articles published in 2015, these were the top three most popular:

#2: How to Hem Your Own Dress Pants

It’s interesting that these posts are so different. The first one has nothing to do with style – it’s purely inspirational.

The second is a DIY tutorial (thanks to Zack Pyle for his expertise!), and the third is a sponsored review post.

Very cool to see such variety among the most popular content. 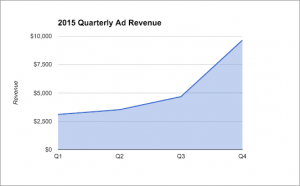 Advertising – I signed on with two companies who have helped increase ad revenue tremendously over the past few months: Menfluential and AdThrive.

Founded by Antonio Centeno and Aaron Marino, Menfluential identifies, screens and negotiates with potential sponsors. This saves me lots of time and weeds out sponsors that aren’t a good fit for TMM.

Digital Products – Two big wins here: first, I hosted a three week live training class for a small group of TMM readers, which was both fun and rewarding.

Second, I upgraded the Short Man Style ebook to The Modest Man Style Guide. It’s a better product, and it’s selling more than its predecessor.

These are hard working, smart men, and they’re extremely generous with their knowledge and time.

Video – The Modest Man YouTube channel has a measly 10 videos, and the production quality isn’t great. I really wanted to focus on video in 2015, but I simply didn’t make it a priority.

The thing is, videos are hard to produce. I’m good at creating articles – writing, editing photos, etc. – but video production is still foreign.

Delegating – Perhaps like you, I’m buried in emails (sorry if it takes a while for me to respond to you). I’d love to hire some part time help – especially for inbox management and other admin stuff – but I have a hard time letting go of these tasks.

Consistency – I’d like to publish one post at the same time each week. This requires creating and sticking with an editorial calendar. Definitely a goal for 2016!

Plus, I have an awesome logo and brand that’s not reflected on the site (which still uses the same pre-built WordPress template I bought in 2012).

Bottom line, the site really needs a redesign. I even had a new design created a while back, but I didn’t set aside time and money to have it developed in 2015.

Does making your goals public actually help you accomplish them? It’s unclear, but here’s what I’d like to do in 2016:

This means dressing for a totally new climate (hot and dry) and culture (less conservative, more casual). It also means I’ll have a new office/studio, which will help with the next goal…

Videos – I’m making video a priority this year. Starting in March, you can expect to see new videos being published on the blog and YouTube channel regularly.

Double Revenue – My revenue goal for 2016 is a consistent $10k per month. That’s enough to live on AND invest more cash back into the business for things like…

Website Redesign – I’m not sure when, but it’s going to happen this year!

As always, thank YOU for your support. Your readership, emails, comments and encouragement keep me going, financially and emotionally.

Here’s to an amazing new year!

What are you goals for 2016? Leave a comment below!

Want to Start a Blog?

I created a short, free e-mail series to show you how to get started the right way - from choosing an idea to picking a great name and making your website. It's everything I wish I knew before starting The Modest Man!

Thanks! Now check your email (look for a message from [email protected]).